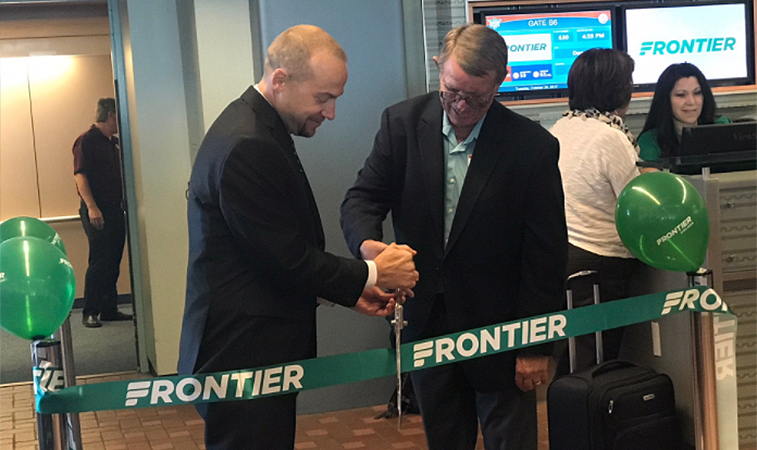 Frontier Airlines returned to Albuquerque on 24 October, marking the end of a four-year hiatus on the 562-kilometre link from Denver. Seen cutting the ribbon at the New Mexico airport are Sean Morahan, Director of Stations, Frontier Airlines and Jim Hinde, Aviation Director, Albuquerque Airport.