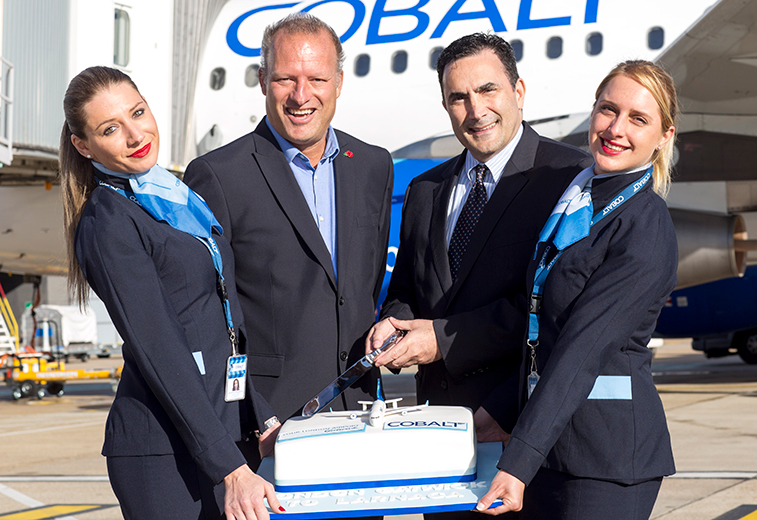 Cobalt launched flights to London Gatwick from Larnaca on 30 October, with the South London airport becoming the carrier’s second operation in the UK capital after London Stansted. Seen cutting the cake on the apron at Gatwick on the day of the inauguration are Simon Edwards, Airline Business Development Manager, Gatwick Airport and Andrew Madar, Cobalt CEO. The airline will offer six weekly flights between Larnaca and Gatwick. 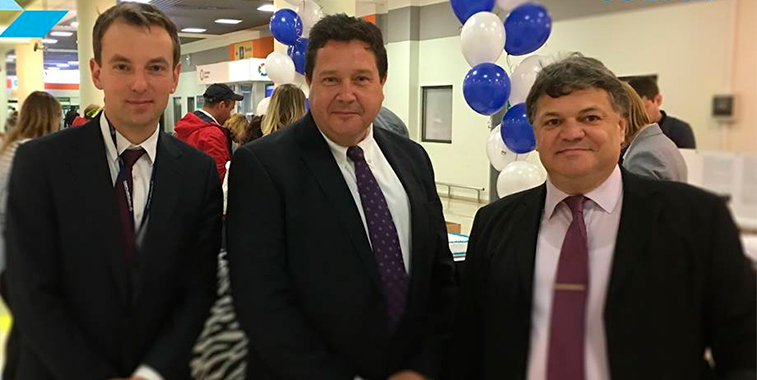 Cobalt launched flights between Paphos and Moscow Sheremetyevo on 29 October, with it becoming the carrier’s first-ever service to Russia. Seen at the launch of flights to the Russian capital airport are: Alexander Nikonov, Head of Foreign Airlines Division, Moscow Sheremetyevo Airport; Paul Simmons, Commercial Director, Cobalt; and Kostas Kostantinou, Country Representative for Russia, Cobalt. The airline will operate the 2,395-kilometre route twice-weekly (Sundays and Thursdays). This route becomes Cobalt’s second link from Paphos after Athens.