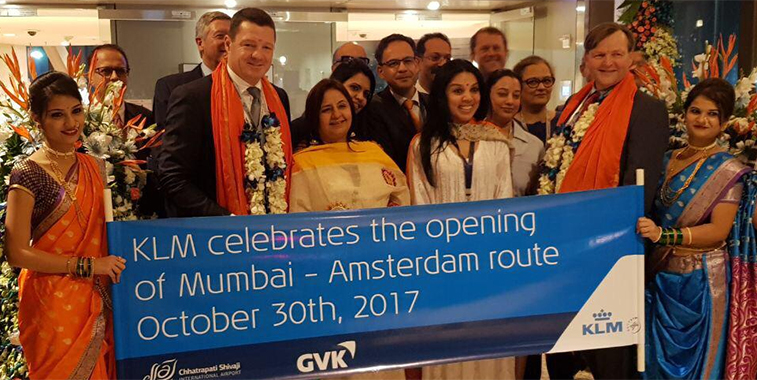 Among those in Mumbai to celebrate the start of KLM’s three times weekly service from Amsterdam was the SkyTeam member’s CEO Pieter Elbers (second left). As result of this launch, KLM, along with Jet Airways, will offer a combined 10 weekly flights between Amsterdam and Mumbai, with the Dutch carrier using its 787-9s on the 6,857-kilometre sector.