SWISS serves up a wedge of Wroclaw 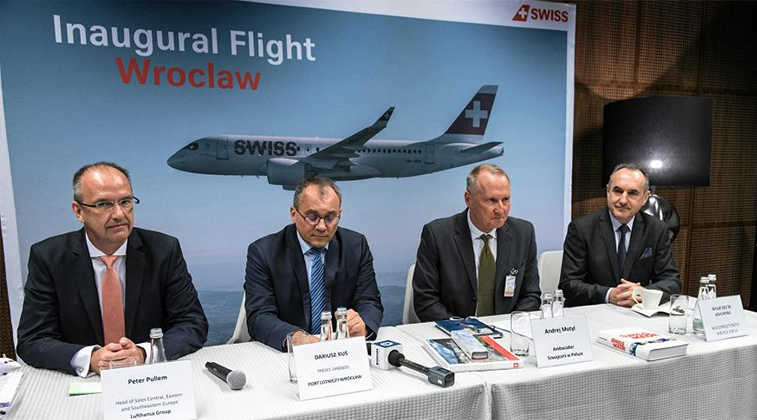 Seen taking part in the press conference at Wroclaw Airport, held to talk about SWISS’ new service to the Polish city from Zurich, are: Peter Pullem, Head of Sales Central, Eastern and Southeastern Europe, Lufthansa Group; Dariusz Kuś, President of Wroclaw Airport; Andrej Motyl, Ambassador of Switzerland to Poland; and Wojciech Adamski, VP Wroclaw. When referring to OAG schedules, the Star Alliance member will operate Wroclaw flights three times weekly (Mondays, Wednesdays and Fridays) on a mixture of its CS100s and E190s. No other airline currently serves the route.