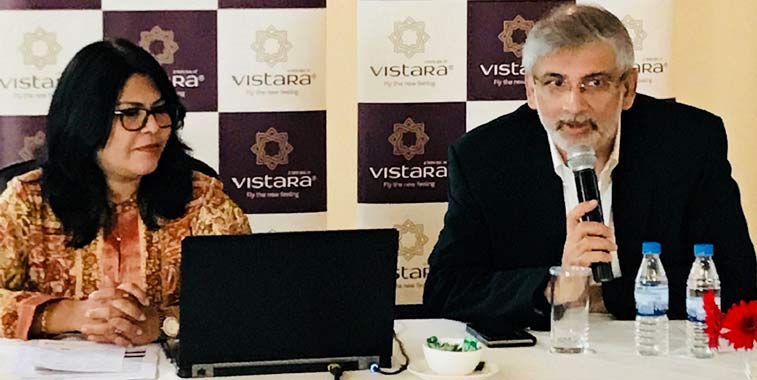 Rashmi Soni, VP & Head of Corporate Communications and Sanjiv Kapoor, Chief Strategy and Commercial Officer, both from Vistara, address a press conference at Ranchi to discuss the airline’s launch of services from the Indian capital. Vistara commenced double-daily services on the route on 29 October.