easyJet links Lublin to its network 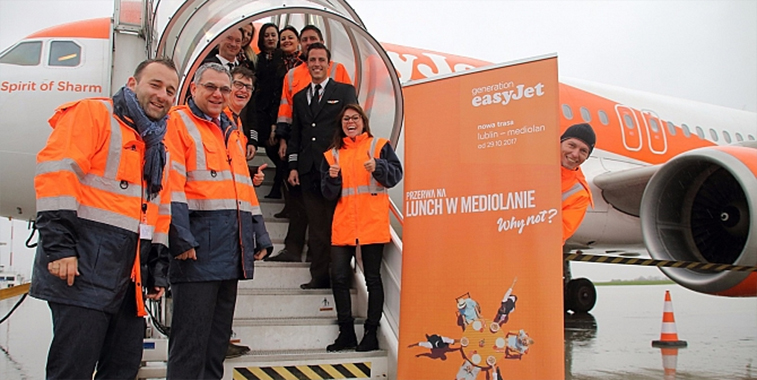 Among those present at the launch of easyJet’s new link between Milan Malpensa and Lublin, the carrier’s second Polish destination after Krakow, was Krzysztof Wójtowicz, President of Lublin Airport (second left). The airline will operate the 1,201-kilometre link between the two cities twice-weekly (Thursdays and Sundays).