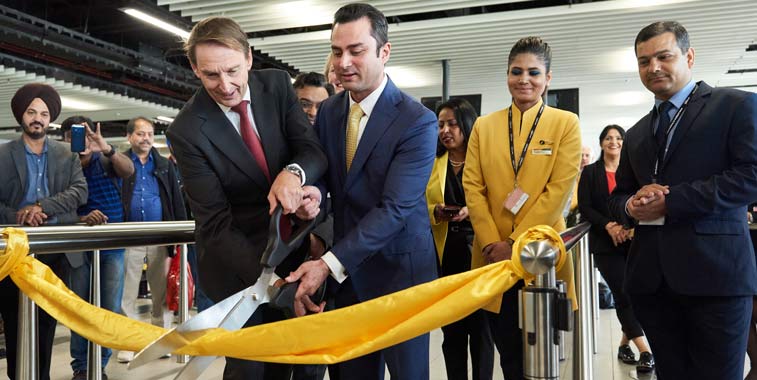 Amsterdam welcomed the inauguration of Jet Airways services from Bengaluru on 29 Ocotber. Cutting the ceremonial ribbon were André van den Berg, CCO Amsterdam Airport and Samir Chada, GM Benelux, Jet Airways. The route will be served on a daily basis by A330-300s. 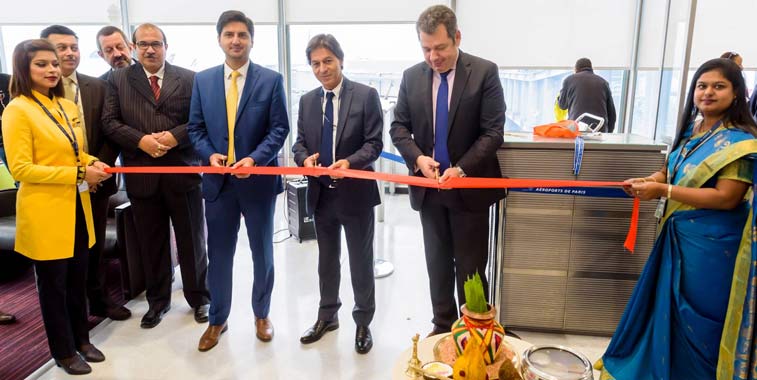 The first flight on the return leg of Jet Airways’ new service from Chennai to Paris CDG was celebrated at the French hub on 29 October. Cutting the ribbon to welcome in the new link were: Sarjeet Soodan, Head of Economic & Commercial Wings of the Indian Embassy; Michel Simiaut, Jet Airways GM, France; and Franck Goldnadel, CCO, Paris CDG Airport.