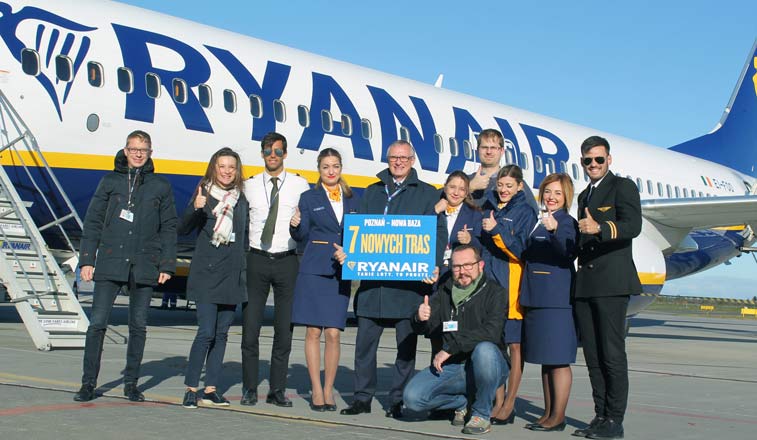 Poznan Airport’s marketing and route network team and its CEO Mariusz Wiatrowski, welcome the launch of Ryanair services to Madrid on 30 October. From 1 November Ryanair will base one aircraft at Poznan and it will serve 14 destinations from the Polish airport over the course of W17/18. Picture by Arnold Kozlowski. 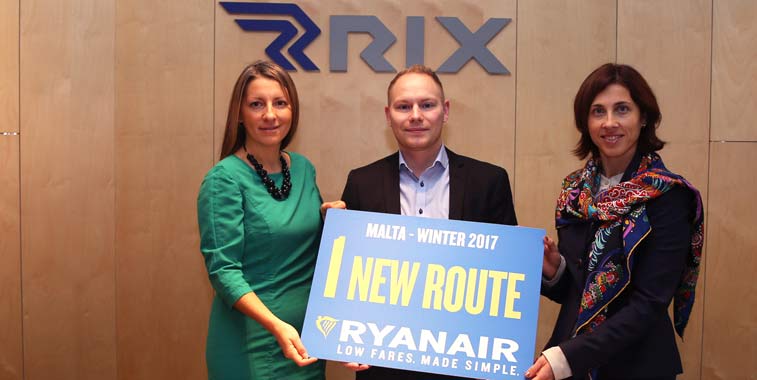 Varna Airport got into the Halloween spirit as it welcomed the first arrival of Ryanair’s new service from Brussels Charleroi on 29 October. Flights will operate twice-weekly on Thursdays and Sundays. Along with the spooky costumers and music, arriving and departing passengers were treated to complimentary cookies. 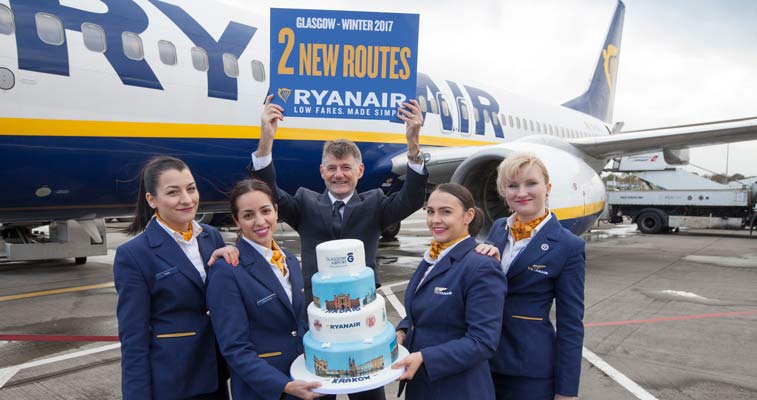 Paul White, Business Development Manager at Glasgow Airport celebrates the launch of Ryanair routes to Krakow and Madrid on 29 October. The new Polish connection will operate twice-weekly on Wednesdays and Sundays, while flights to the Spanish capital will depart four times weekly. There is no direct competition on either airport pair. 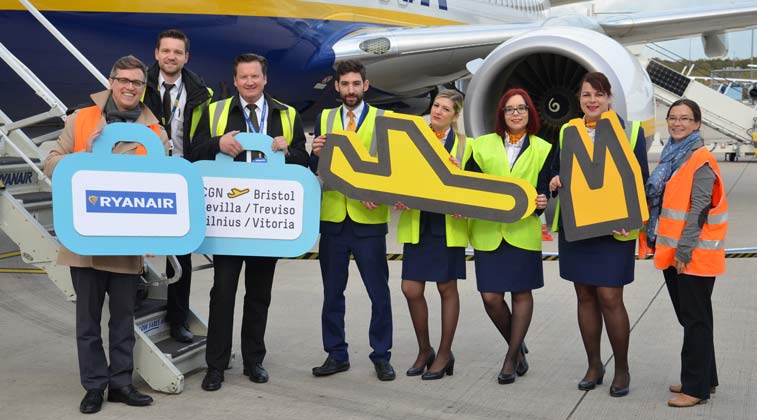 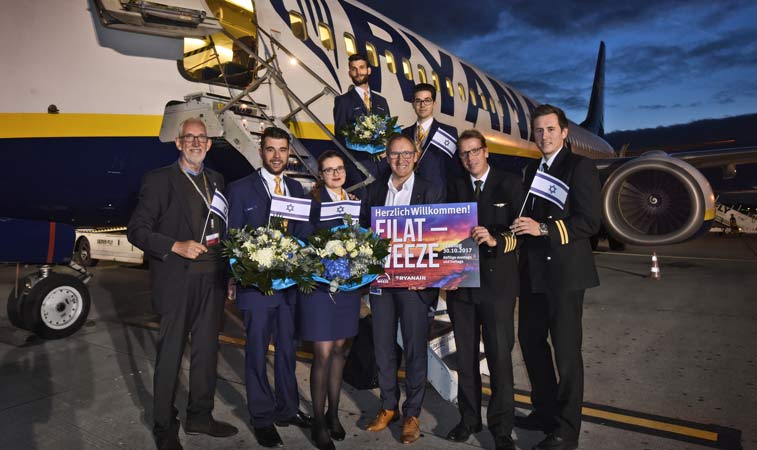 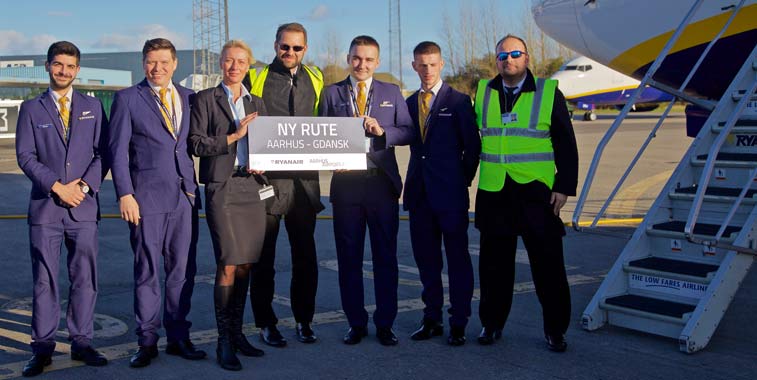 Mette Jensby, Passenger Services Agent, Aarhus Airport, welcomes the launch of services to Gdansk with Ryanair crew on 29 October. Flights on this airport pair will operate year-round on Thursdays and Sundays. According to the airport, the Greater Aarhus area has a large Polish population, in the region of 15,000.