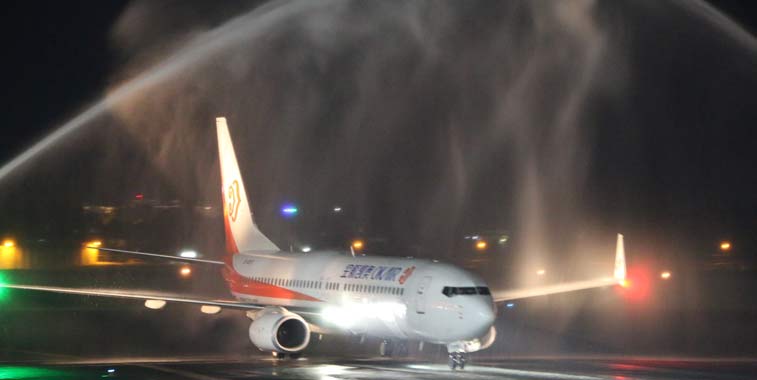 Cebu Airport celebrated the launch of Okay Airways’ new service from Xi’an with a traditional water arch salute. Flights operate three times weekly on 737-800s, with late evening departures from China on Tuesday’s, Thursday’s and Saturdays, and the return leg leaving the Philippines on Wednesday, Friday and Sunday mornings.