Vilnius Airport celebrated the launch of flights to Agadir with much fanfare on 1 November. Pictured celebrating the new service with the route launch photo frame are Lithuanian Airports’ Agnė Mažeikytė, Communications Project Manager and Aurimas Stikliunas, Head of Aviation Services. Stikliunas also had the honour of cutting the ribbon to officially open the Agadir route. A cake was also enjoyed by the first flight’s passengers. Wizz Air will operate a weekly (Wednesdays) service to Agadir on its A320s according to OAG schedules. 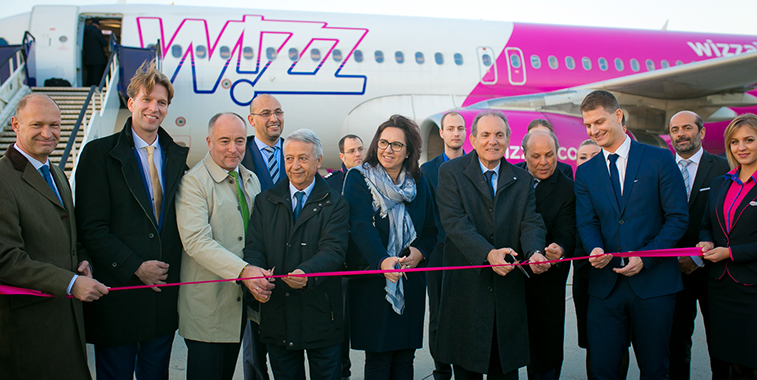 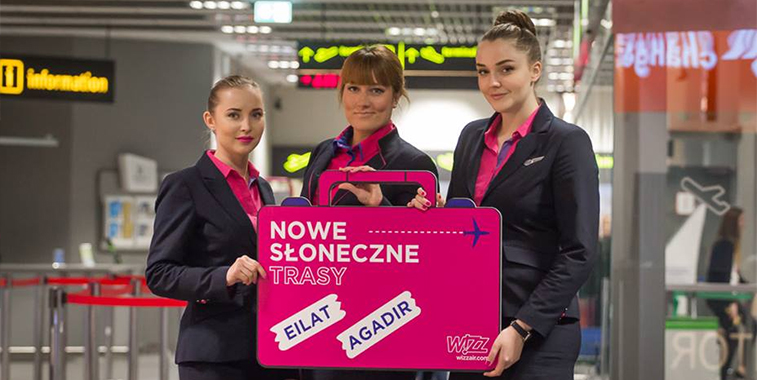 This week Wizz Air launched flights from Katowice to Agadir, the airline’s second route launch from the Polish airport at the start of this winter season, with it following on from the inauguration of services to Eilat Ovda on 30 October. Launched 2 November, Wizz Air will offer a weekly (Thursdays) flight on the 3,252-kilometre link to the North African airport. As a result of starting flights to Agadir, Wizz Air now offers 32 destinations from Katowice this winter.