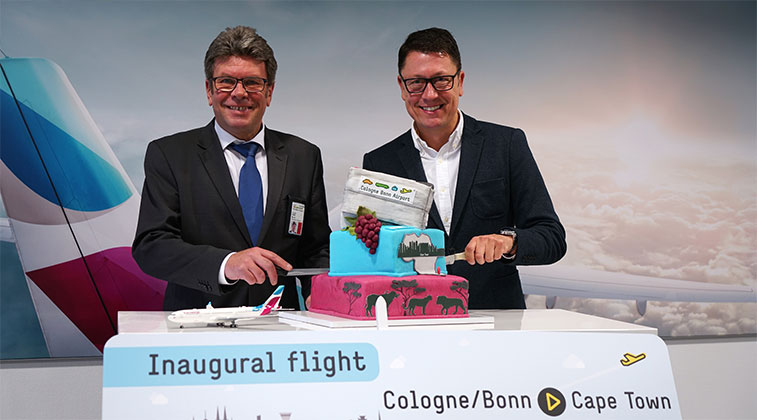 Only one of Eurowings’ 10 route launches was started by its low-cost long-haul arm, connecting Cologne Bonn and Cape Town. Ulrich Stiller, VP Sales & Marketing, Cologne Bonn Airport and Thomas Labonde, VP Marketing and Customer Relations, Eurowings were on hand at the launch on 5 November to cut the wine-inspired cake. 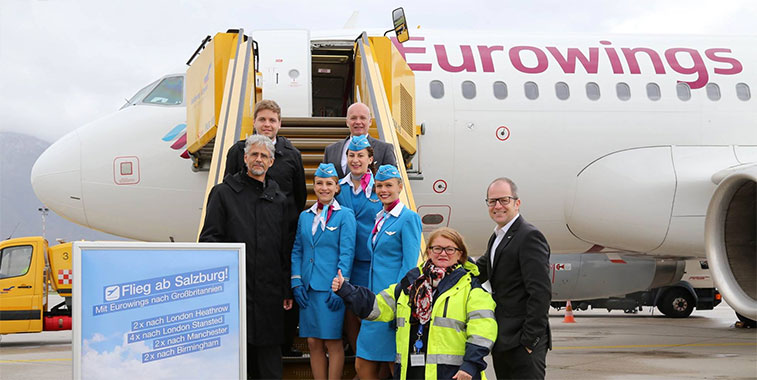 Although it is launching four UK routes from Salzburg in W17/18, the particular service being started by Eurowings this week was the twice-weekly operation to London Heathrow. Services to London Stansted began last week, with Manchester and Birmingham being added in December.