Norwegian makes a move on Marrakech from Helsinki 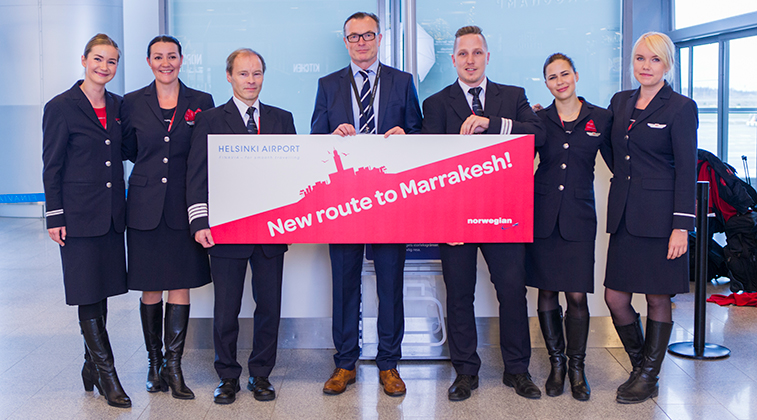 Norwegian commenced flights from Helsinki to Marrakech on 4 November, a route that the LCC will operate weekly (Saturdays) on its fleet of 737-800s. Seen posing with the crew before the inaugural flight is Mikko Komi, Key Account Manager, Finavia. As a result of this launch, Norwegian is offering 24 routes from Helsinki this winter.