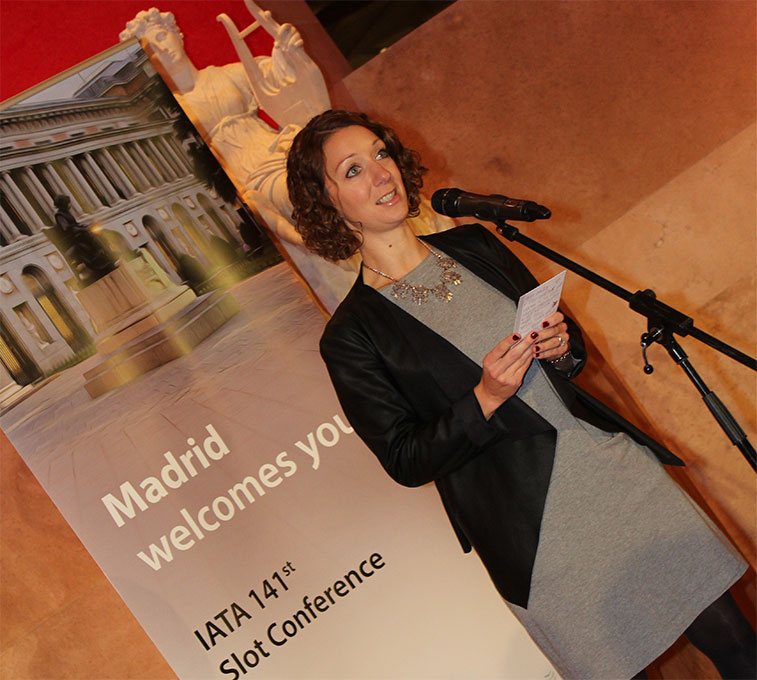 Lara Maughan, Head Worldwide Airport Slots, IATA welcomed delegates to the Networking Reception at the Prado Museum during the 141st IATA Slot Conference in Madrid. She has concerns that investment in airport infrastructure in Latin America is not growing as quickly as passenger demand.

Despite having a hectic week while heading up the IATA team at Slots Madrid, Lara Maughan, Head Worldwide Airport Slots for the trade association representing the world’s airlines found time to chat to anna.aero about one of the big issues on her plate at the moment – the disconnect between infrastructure and demand in Latin America (LATAM).

anna.aero: What’s the problem in LATAM as far as IATA is concerned?

Lara Maughan: “The air traffic demand in LATAM is growing quickly, however investment in airport infrastructure is unfortunately not following the same path. Each year nearly 336 million passengers depart from LATAM airports or fly to LATAM airports. IATA expects LATAM passenger traffic [to, from, and within] to grow by 4.2% on average each year over the next two decades, which will take it to nearly 760 million O&D passengers in 2036. For context, China is on course to overtake the US as the world’s largest market on this measure during the mid-2020s. O&D passenger traffic to, from, and within China is expected to rise to 1.46 billion by 2036.”

aa: What needs to be done in the region?

LM: “To absorb this increase in demand, airport capacity must be proportionally increased. Nevertheless, the number of congested airports is increasing every year in the region, which shows that – at least in the short term – the capacity of these airports is not enough to meet the demand.

“To give a quick overview, currently there are 14 airports which have been declared congested in LATAM – in other words, at these airports demand exceeds capacity fully, or at least during some periods of the day, week or season. Additionally, in the last three years alone, more than half of those airports have been declared either Level Three or Level Two congested – for example in Brazil and Colombia [Bogota]. Similarly, Lima has been declared congested and is already in the process to be declared Level Two – or facilitated according to international standards.

“This shows that most of the main hub airports in the region are already declared congested or fully congested (i.e. Mexico City, Bogota, Sao Paulo Guarulhos and Lima) and that this region is becoming a challenge for airlines in relation to the allocation of capacity, in both current and future seasons.”

aa: What is IATA doing to help this infrastructure-demand disconnect?

LM: “Over the last 10 years IATA has dedicated resources to forcefully advocate with the regulators in LATAM the benefits of following international standards on slot allocation – represented by the Worldwide Slot Guidelines (WSG) – to temporarily address the congestion. These efforts bore fruit in Colombia, where very recently a new slot regulation was published following all the principles of the WSG, including appointing a slot coordinator, participating in the slot conference, and using standard messaging.

“To further these efforts, IATA also decided to take advantage of the current slot conference’s location in Madrid to bring some key Spanish-speaking regulators as observers to the conference.”

aa: Can you give us some examples of your successes here in Madrid?

LM: “One such example is Peru, who brought a delegation including the future schedule facilitator of Lima Airport, to come and see this slot conference and to learn about the essential role which the event plays in the slot allocation process. This visit will strongly support IATA’s efforts in the country, and strengthens the message that IATA has been sharing over the past two years with the Peruvian CAA on the organisation of schedules in Lima and the implementation of the WSG in Peruvian regulation.

“Moreover, a delegation from Mexico, including the current slot coordinator and the CAA, visited the slot conference to learn about the conference process, with the objective of attending as a coordinator in the near future.”

aa: What have you gained from their enhanced participation?

LM: “IATA expects that the visits of these Peruvian and Mexican delegations will help support our advocacy work to fully align their regulations and slot allocation processes to the WSG, which is a necessity to help these and other airports in LATAM address the problems of congestion in their region.” 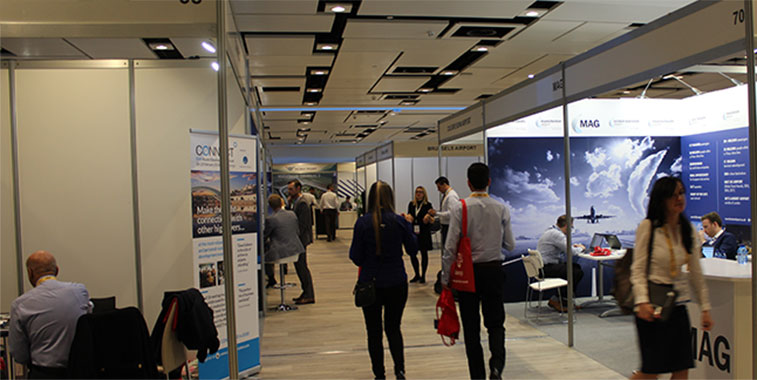 IATA took advantage of this week’s conference being located in Madrid to encourage delegations from Mexico and Peru in the Latin America region to attend the conference. It is hoped that both countries will align their regulations and slot allocation processes to the IATA Worldwide Slot Guidelines.