Airbus and Boeing handed over 133 aircraft in September, the third best month of the year so far; Airbus opens A330 factory in China 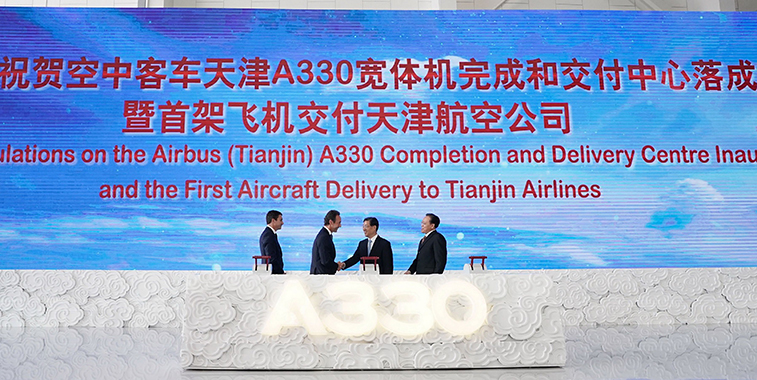 Airbus officially opened its A330 Completion and Delivery Centre (C&DC) in Tianjin, China during September, also coinciding with the delivery of Tianjin Airlines’ latest A330-200, and its first China-produced unit. Seen at the handover ceremony are: Benjamin Griveaux, Minister of State attached to Minister of Economy and Finance, France; Fabrice Brégier, Airbus COO and President of Commercial Aircraft; Wang Dongfeng, Mayor of Tianjin; and Lin Nianxiu, Deputy Chairman of NDRC.

Airbus and Boeing during September delivered a combined 133 aircraft, 21 more than the 112 units that the two managed in the previous month, but one less than they achieved in the same month of 2016. By handing over 133 aircraft, September is the third best month this year for the two in relation to deliveries, with the feat of month nine only being bettered in March (136 units) and June (139). Boeing, for the eighth month this year, was once again the start performer with regards to deliveries, with the US giant handing over 78 aircraft, and impressive 23 more units than its European rival Airbus, which managed to provide 55 units.

With that, it means that Boeing has increased its lead over Airbus in the 2017 delivery race to 100 units (up until 30 September). In total, both companies have delivered 1,008 aircraft during the first nine months of this year, 17 less than the 1,025 that Airbus and Boeing had sent to customers during the same period of 2016. This represents a marginal drop in productivity, in relation to deliveries, of -1.7% for the time frame analysed. Up until 31 August this figure was -1.8%, meaning that productivity rates have very slightly improved during September. 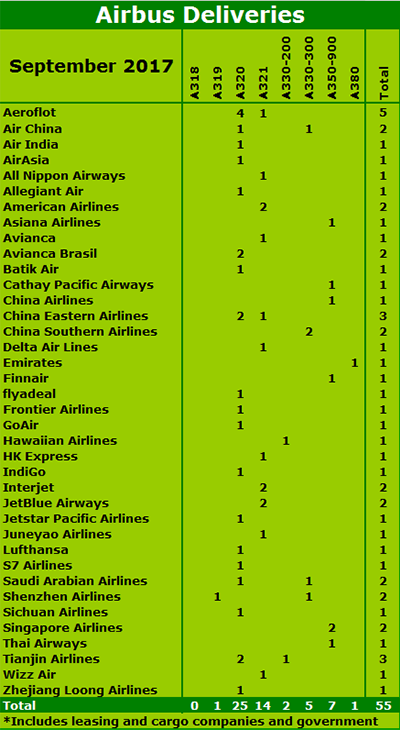 Airbus delivered 55 aircraft in September, up nine units from the 46 delivered in August. The result is worse when compared to the same month of 2016, when the European giant managed to hand over 62 units. For the ninth month of 2017, single-aisle deliveries were led by the A320 (25 units) followed by the A321 (14), with one A319 also being delivered to Shenzhen Airlines, with the latter aircraft type also having one delivery in August to a fellow Chinese carrier, Tibet Airlines. The leading customer of the A320 was Aeroflot, with the Russian flag carrier picking up four of the type, while Avianca Brasil, China Eastern Airlines and Tianjin Airlines all collected two each respectively. With regards to the A321, the leading customers were American Airlines, Interjet and JetBlue Airways, with the three North American-based carriers each receiving two aircraft.

In relation to the wide-body market, Airbus delivered 15 units, four more than it managed in August. The leading wide-body aircraft type for a sixth consecutive month was the A350, with seven being handed over to six different airlines, with Singapore Airlines collecting two in September. Besides the A350, one A380 was received by Emirates during September, with five A330-300s and two A330-200s also being delivered to multiple airlines, with one of the A330-200 recipients being Tianjin Airlines, as it collected the first-ever Chinese-built A330. By the end of August 2017, the number of in-service Airbus units operated by Chinese carriers totaled 1,484. 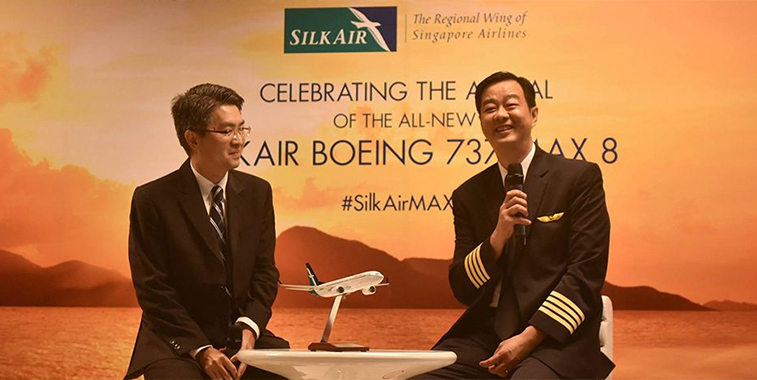 SilkAir became one of the latest operators of the 737 MAX 8 in September, when it collected its first of 38 that it has on order with the US giant. Seen talking at the launch are Foo Chai Woo, CEO of SilkAir and the pilot of the delivery flight. The airline plans to use the aircraft on routes to Cairns, Darwin, Hiroshima, Kathmandu, Hyderabad and Bengaluru. 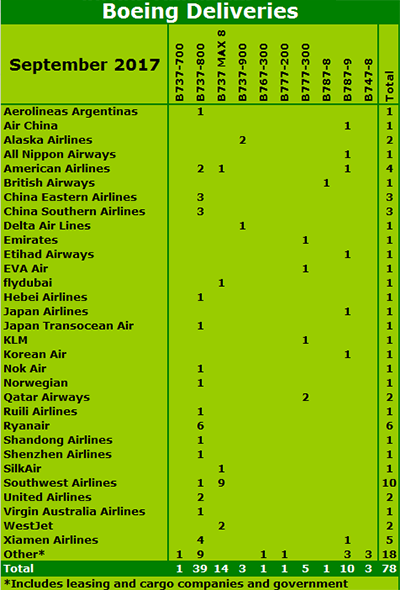 Boeing delivered 78 aircraft in September, 12 more than it managed in August, and six more than it managed in the same month of 2016. Of those 78 deliveries in month nine, 14 were the 737 MAX 8, meaning that the US giant has now delivered 30 of the type (up until 30 September). Of the 14 737 MAX 8s given to customers in September, nine went to Southwest Airlines. The most popular narrow-body unit in September was the 737-800, with a sound 39 being provided to 16 airlines and various leasing companies and government agencies. The leading customers of the 737-800 was Ryanair which picked up six, with Xiamen Airlines being the second largest recipient by collecting four. In total for September, Boeing handed over 57 narrow-body aircraft, 17 more than Airbus achieved. Along with the 737-800 and the 737 MAX 8, three 737-900s were also distributed in month nine, with Alaska Airlines (two units) and Delta Air Lines (one) being the recipients. The latter two airlines were also the only carriers to collect 737-900s in August as well. 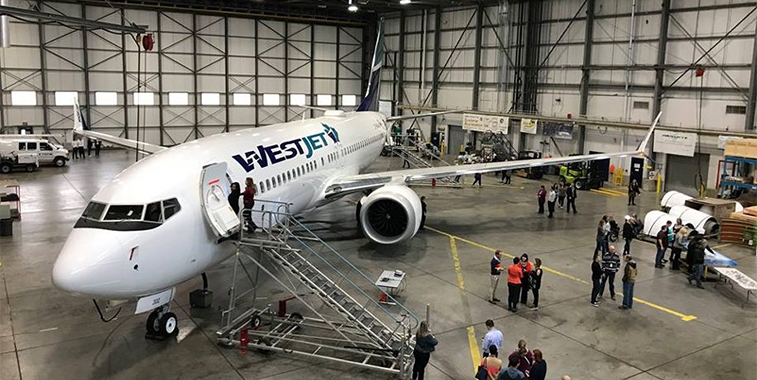 Along with SilkAir, another new operator of the 737 MAX 8 in September was Canadian carrier WestJet, with it receiving two of the type in the ninth month of 2017. The North American-based airline is expected to receive 20 737 MAX 8s, while it also has 12 737 MAX 10s and 23 737 MAX 7s on the order books with Boeing.