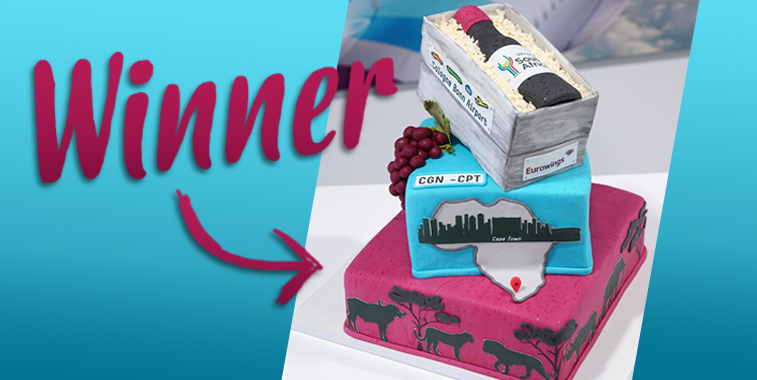 Congratulations Cologne Bonn for your all-conquering cake baked to celebrate the Cape Town connection (shame it wasn’t flown by Condor and then we could have added another c-word). The German airport won the same week of the public vote competition last year, however it has increased its share of the vote this time around from 37% to 39%.

Thousands of votes were made again in the last week, as the world’s airports slugged it out to win legendary status in new route marketing in Part II of the Cake of the Week public vote W17/18. Having claimed over 39% of the votes, Cologne Bonn will be popping the corks after winning the prize for this South African wine-inspired cake, baked to commemorate the start of Eurowings’ new weekly service to Cape Town. A champagne glass was also a feature of last week’s winner, so maybe a cake featuring alcohol is part of the winning formula. Only one of the 15 cakes from last week received no votes (Cebu’s effort for the start of Juneyao Airlines’ new Shanhgai Puding service), with Frankfurt (which won the Part II Arch of Triumph title) finishing second (29% of the votes) and Amsterdam coming in #3 position (15%). 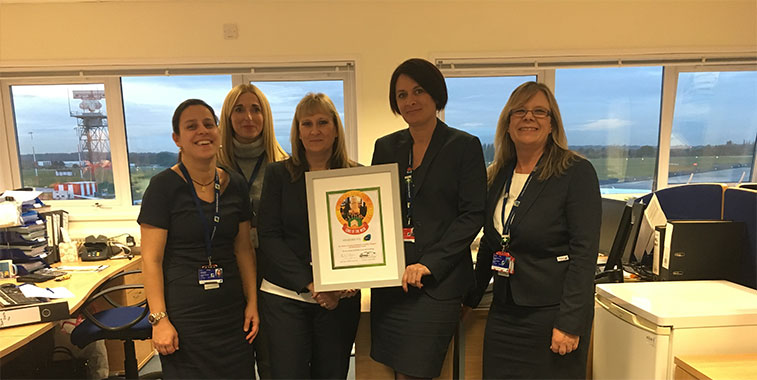 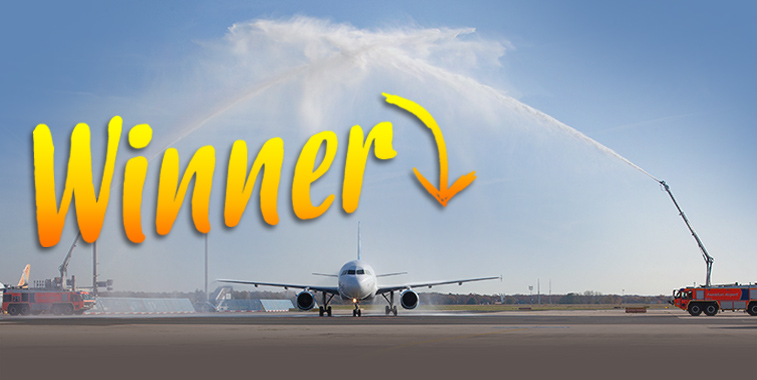 Completing the German double this week is Frankfurt Airport, which takes the Arch of Triumph W17/18 Part II title for this effort to baptise the arrival of new Cypriot airline Cobalt to the airport. European airports have won all four public votes in 2017, with the German mega-hub joining the likes of Oslo Gardemoen, Cardiff, and last week’s winner London Southend, in claiming this prestigious award.

Having effectively mobilised their followers, colleagues, neighbours, relatives and yoga instructors on Facebook, LinkedIn, Instagram, Pinterest and Snapchat, Frankfurt Airport won Part II of the Arch of Triumph W17/18 public vote. With nearly 44% of votes cast, the German hub almost ‘did the double’ (as London Southend did last week) as it also came second in Part II of the Cake of the Week competition. Frankfurt’s glory came as a result of the FTWA skillfully erected to mark the start the airport’s newest airline Cobalt beginning services from Larnaca. Only 10 of the 15 FTWAs from last week received at least one vote, with Nassau in #2 spot (29% of the votes) and Düsseldorf coming in third place (16%). 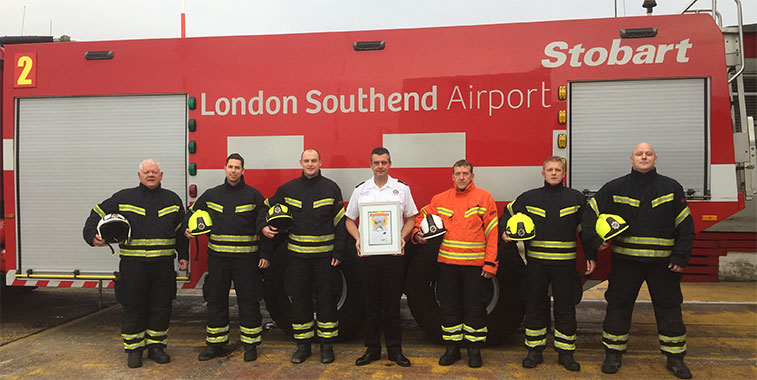