Southwest Airlines now handling over 17 million passengers from Baltimore/Washington; only 3.7% of traffic flies on non-US routes 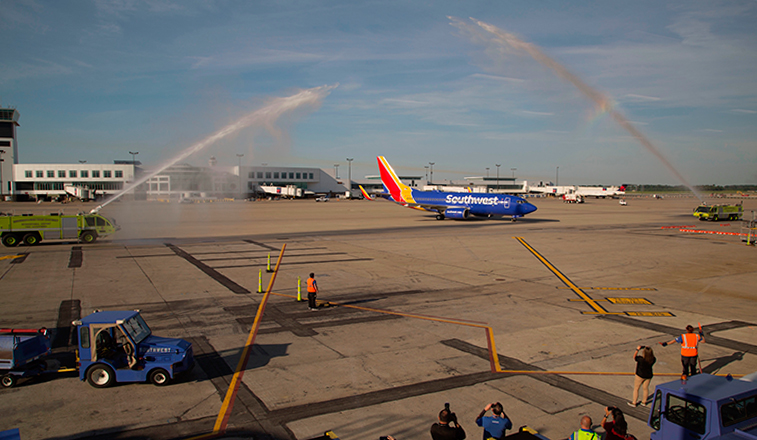 Southwest Airlines commenced flights between Baltimore/Washington and Cincinnati in June, with the first flight being greeted with a water arch salute. The former airport is Southwest’s second largest airport operation, with the carrier transporting over 17 million passengers from the hub in 2016, up 3.2% on the total of 2015.

Baltimore/Washington is Southwest Airlines’ second largest hub operation after Chicago Midway in regard to annual seat capacity. Southwest is by far its largest operator at the airport, with the LCC accounting for 70% of seat capacity in 2017, dropping marginally by 0.8% from the share it held in 2016. While stagnating from Baltimore/Washington between 2006 and 2009 in regard to total passengers carried, Southwest has once again expanded its presence at the airport, with it flying 59% more travellers last year than it did in 2009.

Last year Southwest flew 17.11 million passengers from Baltimore/Washington, an increase of 3.2% when compared to the total of 16.59 million that used the airline from the US capital airport in 2015. Of last year’s passengers, just 0.64 million (3.7%) were using international services. Non-US services were launched by Southwest from Baltimore/Washington in 2014, with the LCC starting flights to six destinations, namely Aruba, Cancún, Montego Bay, Nassau and Punta Cana. It should be noted that Southwest also operates between Baltimore/Washington and San Juan in Puerto Rico, however the Bureau of Transportation Statistics (BTS) classifies this sector as a domestic service. While OAG data classes San Juan as an international route, in the graph below statistics for San Juan fall under domestic passengers due to the data being supplied coming from BTS. 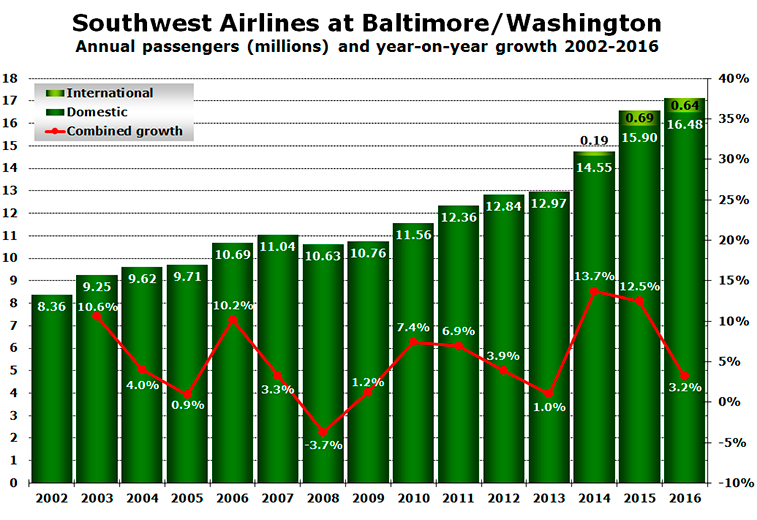 During the airline’s first year of international operations from the airport, it flew 189,578 passengers. When referring to OAG schedules, it indicates that Southwest flew over 250,000 seats on its non-US services, which would mean an average theoretical load factor of 74% was achieved by the LCC in this market during 2014.

In 2015, the airline added new non-stop links to San Jose and Liberia in Costa Rica, along with Los Cabos in Mexico, resulting in eight international routes being flown from Baltimore/Washington by Southwest. That year the carrier operated over 860,000 seats, with the airline achieving a theoretical load factor of just under 80%, carrying 685,223 passengers when referring to BTS. Overall, it means that the airline increased its theoretical load factor by 5.2% between its first and second year of international operations.

Unfortunately 2016 saw Southwest encounter a 7.2% drop in non-US traffic, carrying 635,397 international travellers last year. When referring to OAG schedules, none of the routes which the LCC operated were dropped during the 12-month period from 2015, however overall international capacity was cut by 13%. Despite the seat cull, the airline managed to grow its load factor in 2016 on non-US routes to an average of over 85%, a 5.7% improvement on the average load factor average recorded in 2015. It should also be noted that all eight international routes are still operating in 2017. It should also be pointed out that using the same formula for domestic routes, Southwest managed an average load factor of 79% on US-bound flights in 2016.

While Southwest can proclaim 3.2% growth in passengers last year from Baltimore/Washington, the number of destinations it serves from its second largest airport dropped in S17 from S16. While the carrier has added new domestic services to Cincinnati and San Jose, flights to Dayton, Flint and Greenville appear to have been dropped, meaning the airline’s route count has gone from 65 in S16 to 64 this summer. Despite the drop in routes flown, overall the carrier indicated a 5.2% increase in departing seats from Baltimore/Washington in S17 when compared to S16. 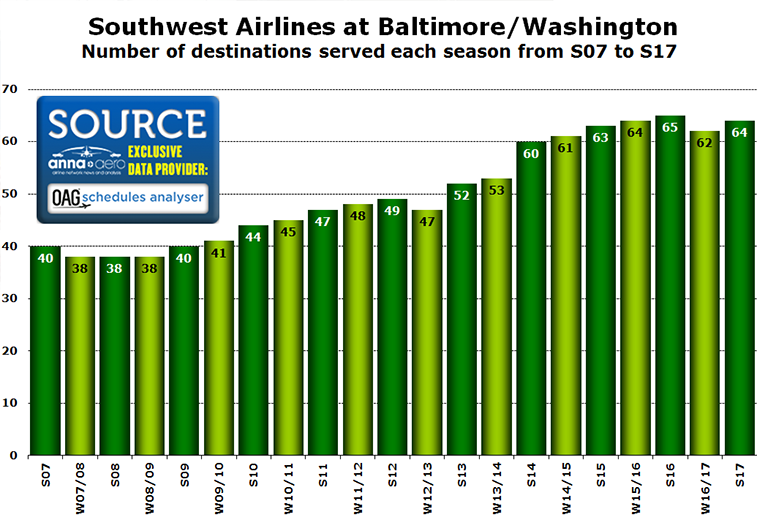 When looking back to 2007, the number of routes flown by Southwest from Baltimore/Washington has increased by 24 from 40 to 64. Currently the airline’s leading routes from the airport are Fort Lauderdale and Orlando (69 weekly flights each), Boston (68), Providence (60), Tampa (55), Hartford (54), Atlanta (51), Chicago Midway (49), Manchester (48) and Raleigh-Durham (46). Overall Southwest’s top 10 routes from Baltimore/Washington account for 36% of all weekly departures this winter. 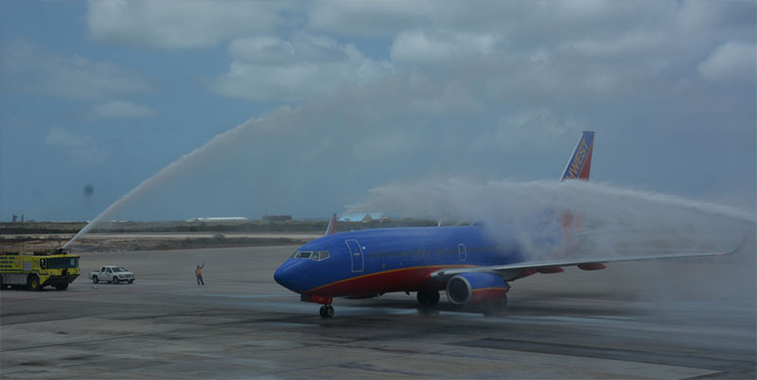 Back in 2014 Southwest Airlines’ inaugural flight from Baltimore/Washington to Aruba was met with a water arch salute. During its first year of international services from the US airport, Southwest carried 189,578 passengers, achieving a theoretical load factor of 74%. Last year the airline flew 635,397 non-US bound flights, with the average load factor being recorded at 85%. Presently the airline operates eight international routes from Baltimore/Washington.