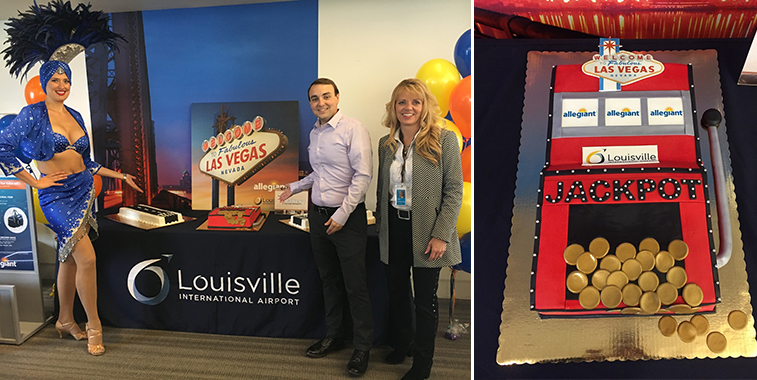 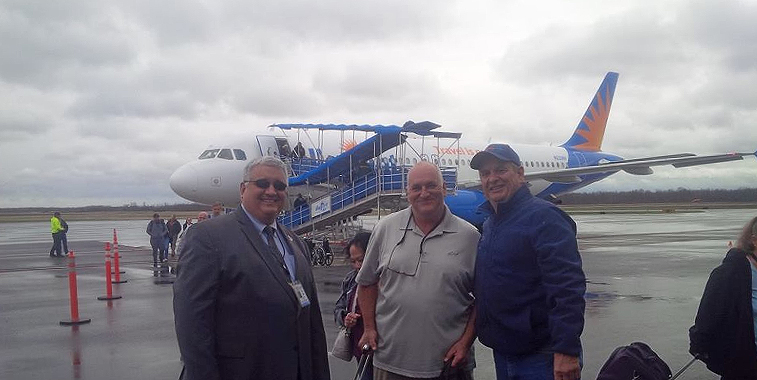 Ogdensburg Airport welcomed the arrival of Allegiant Air’s latest route from St. Pete-Clearwater on 16 November, a connection that the ULCC will operate twice-weekly (Wednesdays and Saturdays) on its fleet of A320s when referring to OAG schedules. Seen welcoming inaugural passenger Frank LeFleur (centre), who is from Lakeland, Florida, are OBPA Executive Director Wade Davis (left) and OBPA Board Chairman Sam LaMacchia (right).