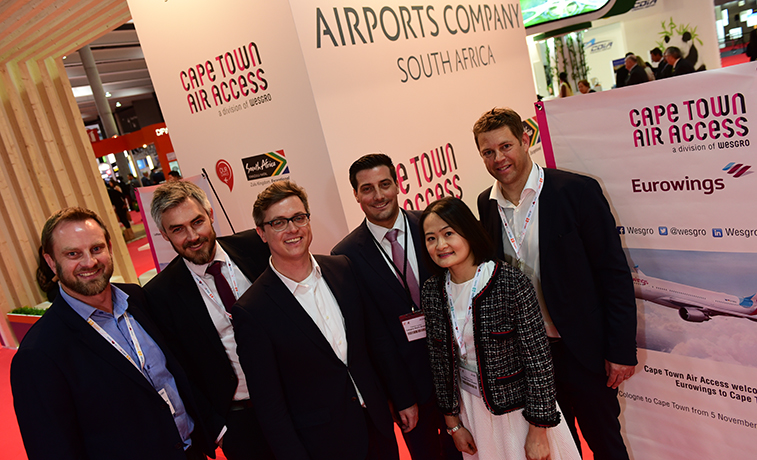 South Africa hosted 10.04 million tourists who made an overnight stay in 2016, up by almost 13% when compared to the total of 8.90 million in 2015. Of the 10.04 million tourists, 2.53 million were from non-African nations, a rise of 18% when compared to 2.14 million the year before. Of overseas nations, the country to encounter the biggest growth was China (up 38% to 117,000), followed by India (up 23% to 95,400) and Germany (up 22% to 312,000). A further breakdown of the data from Statistics South Africa shows that of all overnight visitors, 97% travelled for leisure, with 2.5% and 0.8% travelling for business and studying purposes respectively. While tourism numbers have been on the rise, so has air travel in South Africa, with the nation’s leading airports seeing steady growth so far this year.

When combining statistics for Q1, Q2 and Q3 this year, facilities run by Airports Company South Africa handled 30.26 million passengers, up 4.0% when compared to the same period of 2016. Delving further into the data reveals that the best airport for growth during the first nine months of 2017 is George, with it seeing traffic climb by 7.4% to 567,978 passengers. Of the nine South African airports that anna.aero has been able to obtain monthly passenger statistics for, two are showing drops in demand, with traffic down -5.8% at Kimberley for the first nine months of this year, with East London reporting a dip of -1.3%. This is despite the latter airport being the fastest-growing airport of the nine in 2016, a year which saw East London achieve a 19% rise in traffic when compared to 2015. 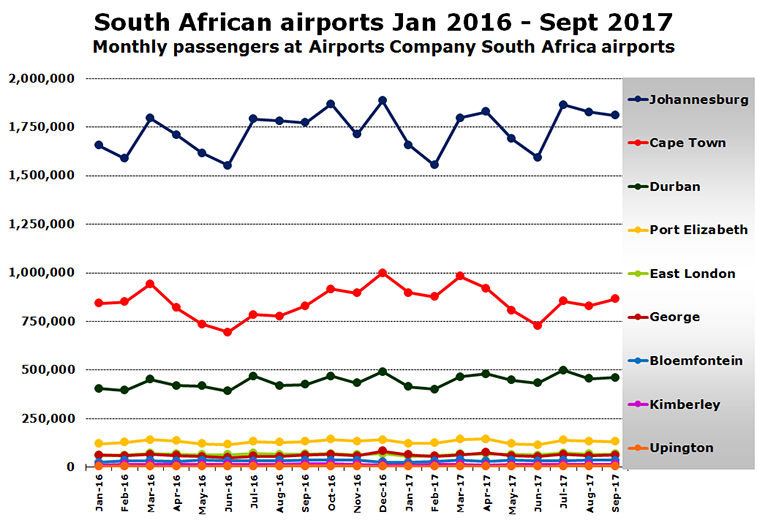 Given its importance in South Africa as a city, and indeed Africa as a whole, it is Johannesburg which is by far the nation’s leading airport, commanding 52% of all passengers. This is the same share that the airport held in 2016. Overall for the first nine months of 2017, Johannesburg handled just under 15.62 million passengers, up 2.4% on the same period of 2016. Cape Town experienced a 6.6% rise in traffic during the same time to 7.76 million, while Durban has seen passenger numbers increase by 6.9% in the first nine months of this year, with it processing 4.06 million.

When anna.aero last analysed the South African market earlier this year, the domestic sector accounted for just over 70% of all departing seats in 2016. This is a market share which the sector has been able to maintain this year, with overall departing seats growing by 2.5% in 2017 to 29.8 million. The domestic market itself has seen seat capacity rise by 2.2%. 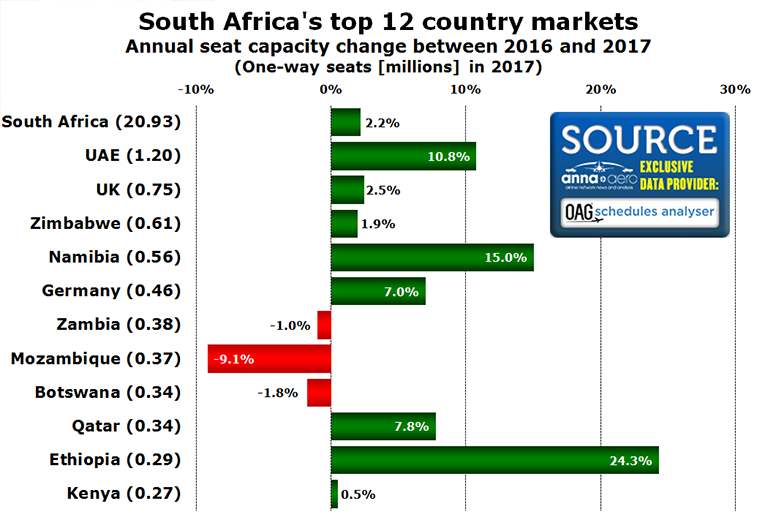 When looking at the best connected nations to South Africa, the leading country in the top 12 for growth in 2017 is Ethiopia, with departing seat capacity to the fellow African nation up by over 24% this year versus 2016. The South Africa–Ethiopia country pairing is a monopoly for Ethiopian Airlines which links its Addis Ababa base to Johannesburg and Cape Town year-round, along with a seasonal service to Durban. Of the top 12 country markets, three (highlighted in red) have seen capacity cuts, with the worst affected being Mozambique which is reporting a cut in seats of -9.1% this year.

In 2016 Emirates, Qatar Airways, Etihad Airways and Turkish Airlines combined transported around 2.22 million passengers to/from South Africa, a 66% increase when compared to 2012, highlighting the demand that these hub carriers are generating from the nation. However Etihad is going against the trends of its fellow hub airlines, with it reporting an average annual drop in estimated passengers of 4.6% since 2013 on its route to Johannesburg. This has occurred despite the airline indicating a 32% increase in passengers between 2012 and 2013. 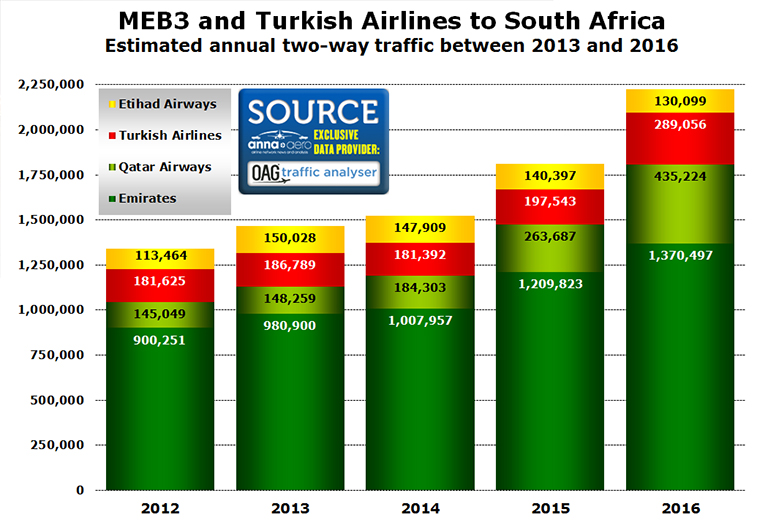 In terms of net increase of passengers to South Africa last year, the leader was Qatar Airways, with it reportedly carrying an extra 171,000 passengers between Doha and its three points in South Africa, namely Johannesburg, Cape Town and Durban. It should be noted that Emirates and Turkish also operate to these three points from their respective hubs, with Durban seeing Turkish and Qatar Airways services launching in 2015. Last year was the best for growth when it came to the four airlines combined, with the hub carrier quartet carrying 23% more passengers in 2016 versus 2015.

The leading connection market for Emirates, Qatar Airways, Etihad and Turkish is Western Europe, with the region accounting for 40% of their South African passengers in 2016, up from 36% in 2015. The effects of these carriers has had an interesting impact on European airlines and South African Airways (SAA). Last year the number one carrier between Western Europe and South Africa was British Airways, with the UK flag carrier transporting just under 600,000 passengers between Western Europe, Johannesburg and Cape Town in 2016. However its traffic decreased by -3.8% last year when compared to 2015 according to OAG Traffic Analyser data. This is a trend which was also witnessed among other leading carriers, including SAA (third largest carrier in the market, falling behind Emirates which is now second; traffic down -1.8% in 2016 versus 2015), Air France (fifth; -14%), Lufthansa (seventh; -15%) and Virgin Atlantic Airways (ninth, -29%). With these trends being observed, it will be interesting to see how the market will change in 2017, and how new entrants Alitalia (launching Rome Fiumicino to Johannesburg on 8 April 2018) and Austrian Airlines (resuming Vienna to Cape Town in October 2018) will tackle the might of the MEB3 and Turkish when they begin their new route ventures. 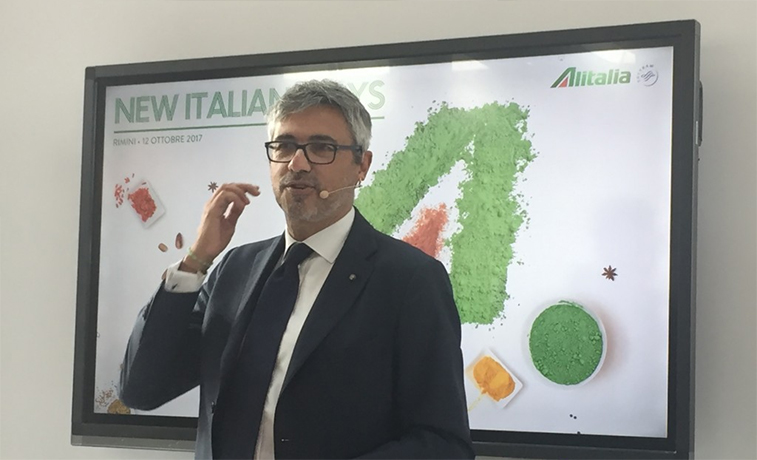 A few weeks ago Alitalia CCO Fabio Lazzerini toyed with the idea of Alitalia launching flights to Johannesburg as he held a conference promoting the airline’s recently launched long-haul routes to Delhi and Malé. Since then the SkyTeam carrier has now opened reservation for the new link to South Africa, with the airline expecting to launch a four times weekly service from Rome Fiumicino starting 8 April. The carrier last served the market in 2001, linking both Fiumicino and Milan Malpensa at the time to Johannesburg. Alitalia is one of two European airlines entering the South African market in 2018, with Austrian Airlines planning a Vienna to Cape Town link which will launch in October for the start of W18/19.