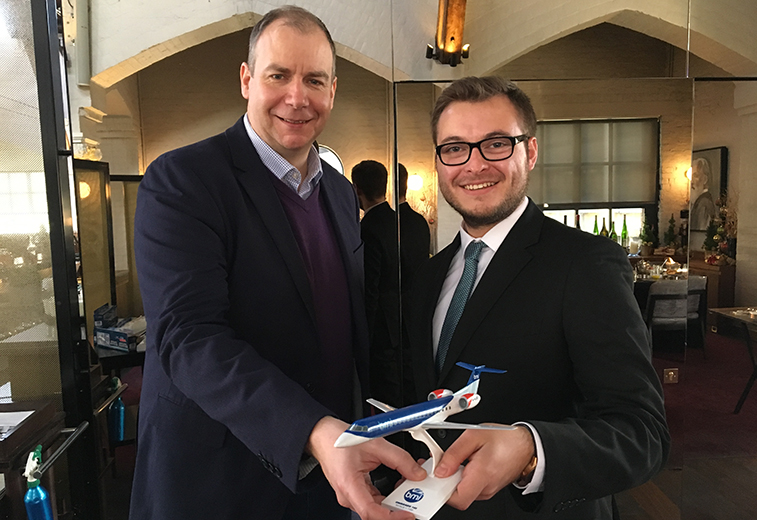 bmi regional on 28 November celebrated its fifth birthday as an independent carrier with a celebratory breakfast in London. Seen at the event, which took place at the German Gymnasium in London, are: Jochen Schnadt, CCO of bmi regional and Jonathan Ford, Assistant Editor of anna.aero. Currently the airline has a fleet of 20 Embraer aircraft.

bmi regional celebrated five years as an independent carrier earlier this year, and this week the airline held a celebratory breakfast at the German Gymnasium in London, just across from St. Pancras station. November 2012 was bmi regional’s first month operating as a fully independent airline, after having been sold by British Airways’ parent group IAG. The carrier currently has a mixed fleet of 20 ERJ 135s and ERJ 145s, with it having units based in Aberdeen, Birmingham, Bristol, Brussels, Derry, Karlstad, Munich and Newcastle.

In total the airline serves 31 scheduled destinations this winter according to OAG schedules (46 destinations including codeshares) across 11 European countries on 28 routes this winter. “We currently codeshare with Lufthansa, Brussels Airlines, Loganair – our new sister company – and Air Dolomiti,” comments Jochen Schnadt, CCO of bmi regional. The strategy of the airline in the past five years has been devoted to linking secondary business communities throughout Europe to major hubs and directly linking key emerging regions in Europe together. “We look at inter-regional connectivity and see the opportunities that need taking.”

Between January and June this year, bmi regional flew 232,884 million passengers according to data sourced from the UK CAA, representing an increase in traffic for H1 2017 of over 26% when compared to the same period of 2016. June 2017 was also the first month, since the airline became independent, that it has passed 50,000 monthly passengers, a feat that it also managed in July. 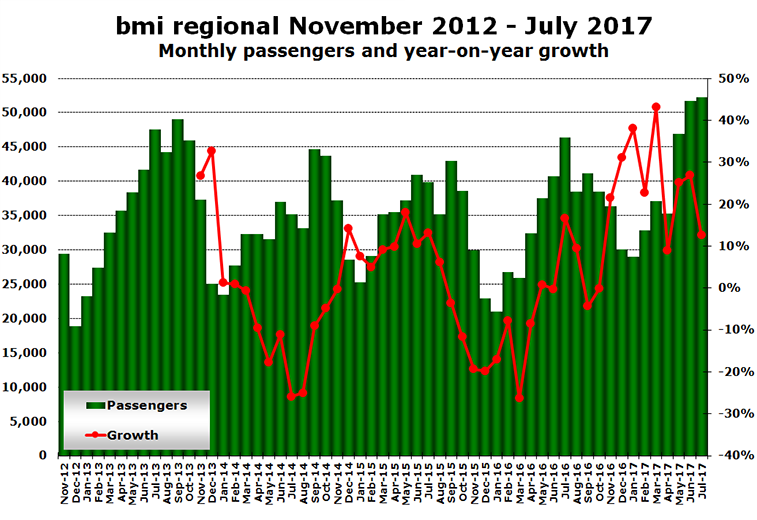 In 2016 traffic with bmi regional grew by 0.7% versus 2015, with the airline transporting 415,446 passengers last year. With traffic for the first six months of 2017 up by over 26%, if this trend is to continue for the remainder of this year, the airline can expect to carry over 520,000 passengers by 31 December. This means that 2017 will be the first year since the carrier’s independence that it has flown over half a million passengers, with its current record year since becoming a stand-alone unit being 2013 when it flew 447,975 passengers according to UK CAA statistics.

This winter bmi regional will operate 28 routes across its network, with this involving 10 sectors (36% of city pairs) that do not operate from/to a UK airport. “We are becoming more of a pan-European airline,” informs Schnadt. “Our aim at bmi regional is to become the leader in pan-European aviation.” Of the 10 sectors that do not involve a UK airport, seven (highlighted in light green) make it into the airline’s top 15 routes. Only three of the airline’s 28 connections are UK domestic routes, with two (highlighted in blue) also making it into bmi regional’s top 15. 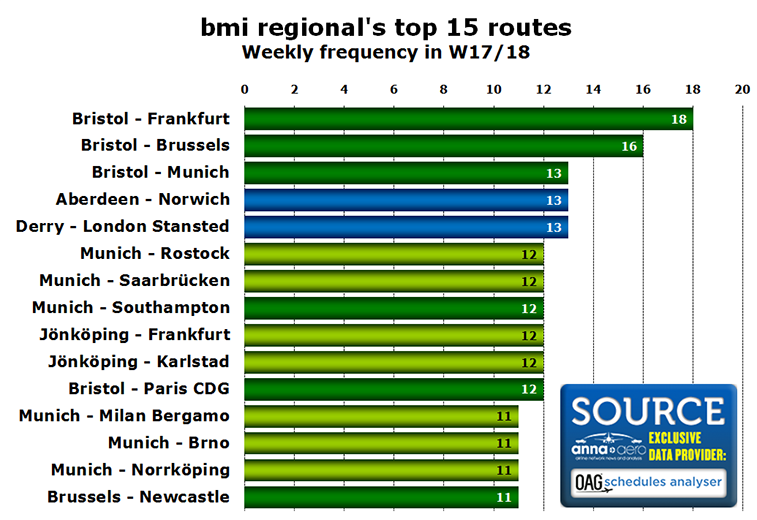 What makes bmi regional a niche carrier is that only 10% of its network (three routes) face direct competition. The all-Embraer fleet carrier goes head-to-head on flights between Aberdeen and Norwich with Eastern Airways (15 weekly flights), Bristol to Paris CDG against easyJet (daily), plus Aberdeen to Oslo Gardermoen with SAS (six weekly flights). Of the 28 routes being operated this winter, four of them are new to the airline’s network in 2017, namely Derry to London Stansted, Munich to Lublin, and Birmingham to Gothenburg and Graz. “The PSO (Public Service Obligation) route between Derry and Stansted has exceeded expectations,” comments Schnadt. When asked by anna.aero about whether bmi regional would take-up more PSO services if they became available, Schnadt stated: “We would absolutely go after PSO routes if they are markets that we can make work.”

One route which did launch this year from the airline’s latest base at Birmingham was Nuremberg, however this service is currently suspended. “We have currently suspended our route to Nuremberg, but that does not mean it has been cancelled altogether,” informs Schnadt. “The link is still under review, and we know that the market potential is still there.” Schnadt commented that the airline’s services from the UK’s second city to Gothenburg and Graz however were working very well, and in-line with the expectations that they planned.

When asked about future developments for the airline, Schnadt stated that bmi regional is looking at the potential of adding larger aircraft to the fleet, but the size of the units would not exceed 100 seats. “If we went above this figure we would start to loose our niche as a regional carrier and would be like any other airline.” Schnadt also told anna.aero that the carrier plans to become more pan-European over the next five years as well. 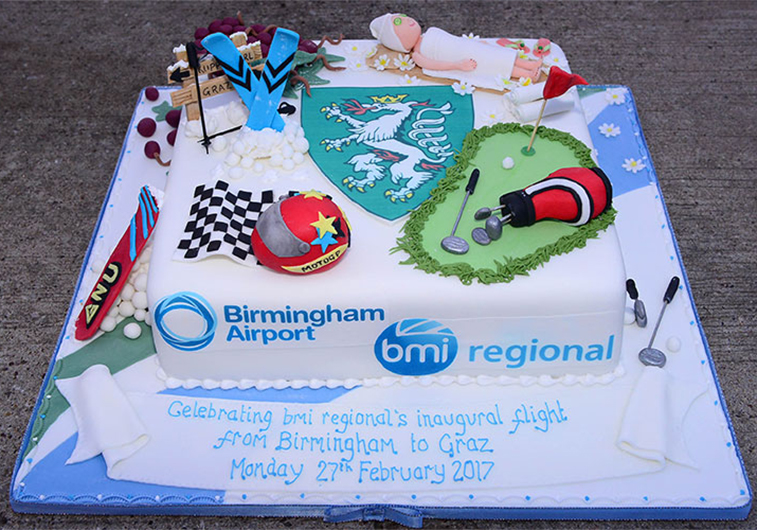 Back in February bmi regional returned to Birmingham Airport after a three-year hiatus with flights to Graz, therefore becoming the only link between the UK and Austrian city. The airline has also launched services from the UK Midlands city to Gothenburg and Nuremberg, with the latter currently suspended and under review.