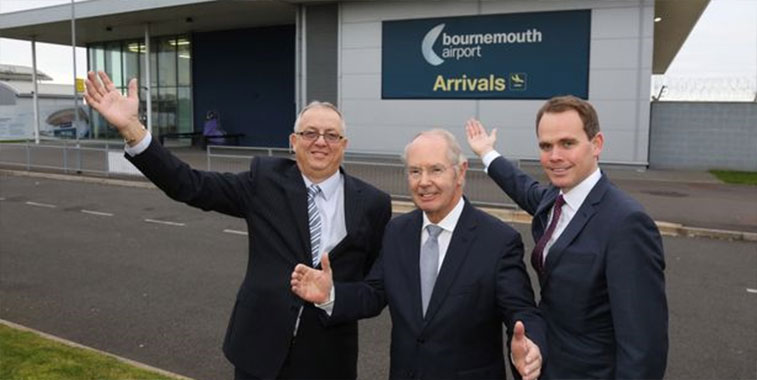 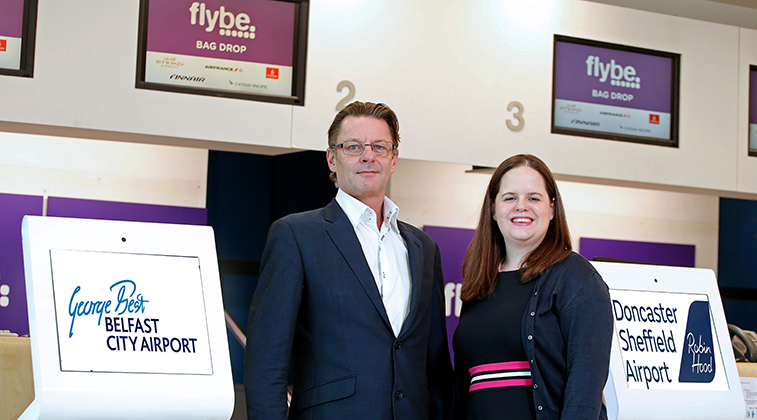 Flybe announced on 30 November that in S18 it will begin direct flights between Belfast City and Doncaster Sheffield. Flights will begin on 15 June and operate four times weekly (Sundays, Mondays, Wednesdays and Fridays). Ellie McGimpsey, Aviation Development Manager at Belfast City Airport, said: “At Belfast City Airport we are always keen to further expand our growing route network and we’re delighted that our passengers can avail of direct access to Doncaster, Sheffield, and the surrounding South Yorkshire area.” Flybe’s booking engine currently shows that the route will be flown on the airline’s fleet of E175s, with flights operating on a Doncaster/Sheffield-based aircraft. 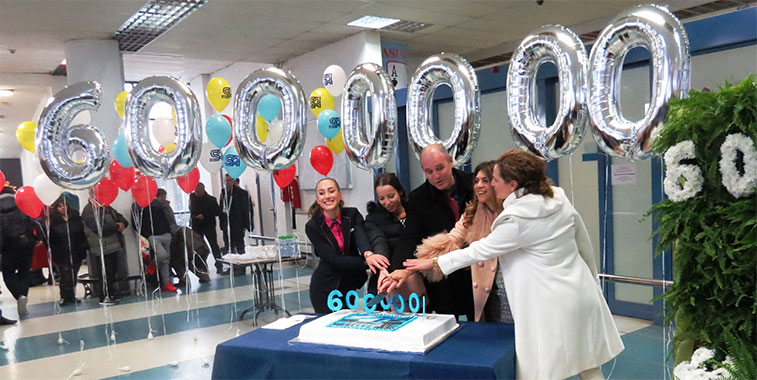 The biggest airport in Bulgaria achieved a significant milestone recently, as Sofia welcomed its six millionth passenger in early December. Violina Trencheva was the lucky passenger, who arrived on a Wizz Air flight from Dortmund. The German city was added as a destination to Sofia’s schedule in 2008, and since then its daily operation has resulted in 753,106 passengers being served. “We are very happy that for the first time in the history of all Bulgarian airports that two records have been set this year. A month-and-a-half after welcoming the five millionth passenger, today we celebrate the arrival of the six millionth. The result achieved proves not only the excellent work of the Sofia Airport team, but also stands for our good partnership with airlines, ground handling companies, border police, customs and other organizations,” said Vladimir Rapondzhiev, Executive Director for the Bulgarian airport. On 1 December 2017, the first A320s from JOON landed at Berlin Tegel and Barcelona airports. Passengers from the German capital can now fly to Paris CDG 38 times weekly with the youngest Air France subsidiary, with the millennial-focussed airline also flying multiple daily operations to the Spanish city. Flights to Lisbon and Porto by the airline have also been launched this week. 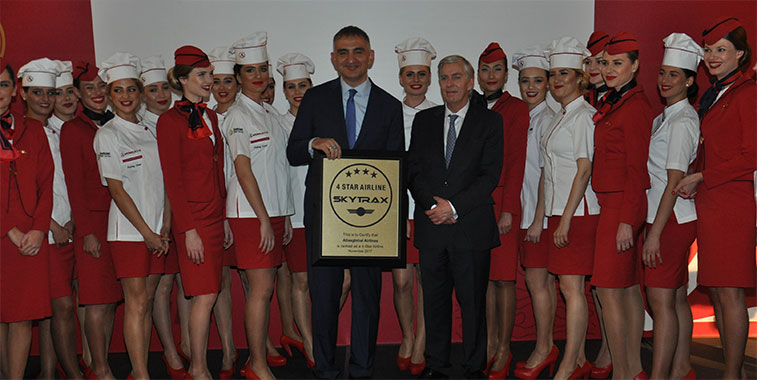 Atlasglobal has been recognised by the world’s most respected airline ratings company, Skytrax, which has rewarded the carrier with its ‘4 Star Airline’ award. Murat Ersoy, Chairman of the Board of Atlasglobal, accepted the certificate from Skytrax CEO, Edward Plaisted. “It is an honour for me to have accepted the ‘4 Star Airline’ certificate on behalf of Atlasglobal,” said Ersoy. “We are honoured to have been presented with this award following the assessment by Skytrax, which holds a unique position in the industry. From our ground services to our cabin crew, every single one of us works to ensure that the Atlasglobal brand is represented to the highest possible standards.” 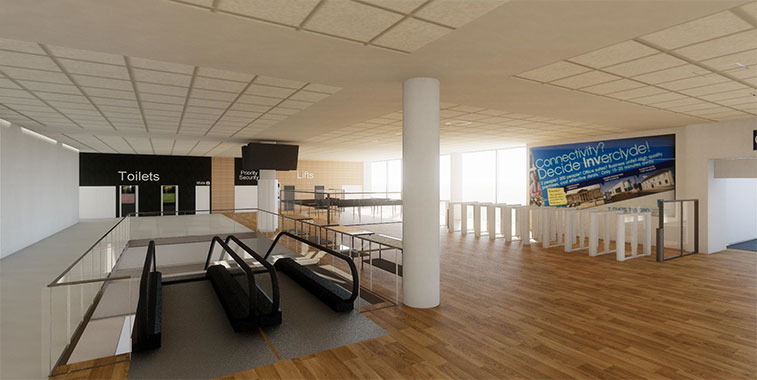 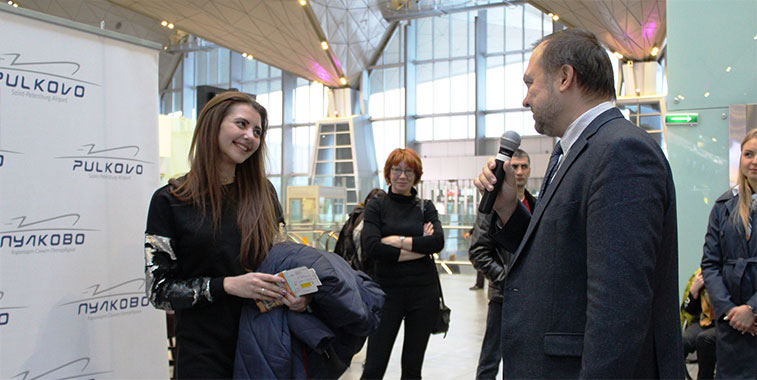 On November 30, St. Petersburg Airport welcomed its 15 millionth passenger in 2017 – never before has Pulkovo handled so many passengers in a single calendar year. The lucky winner was Anastasiya, who was greeted by the airport CCO Evgeniy Ilyin, before flying on Nordwind Airlines flight N4 532 to Mineralnye Vody. She was presented with a certificate to the business lounge, Pukovo-branded gifts and an exquisite tea set from the renowned St. Petersburg Imperial Porcelain Factory. St. Petersburg is the fourth largest airport in Russia for passenger traffic volume. For the first 10 months of 2017, Pulkovo welcomed 13.95 million people, which is 23% more than in the same period of 2016. 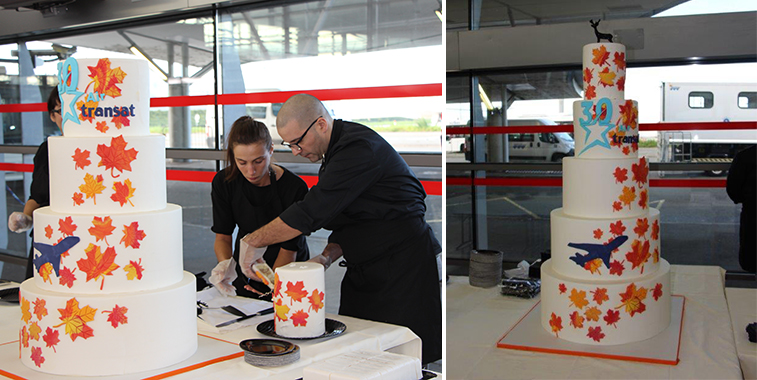 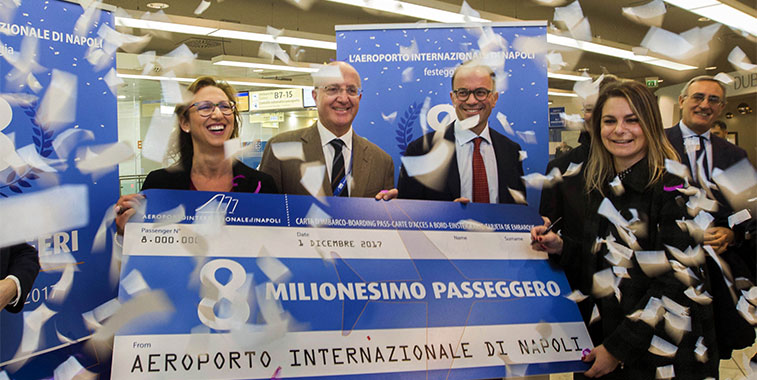 Its clearly that time of year for passenger throughput events. On Friday 1 December, Naples Airport reached the milestone of eight million passengers processed in one year for the first time. The event was celebrated with the staff and airport community authorities. 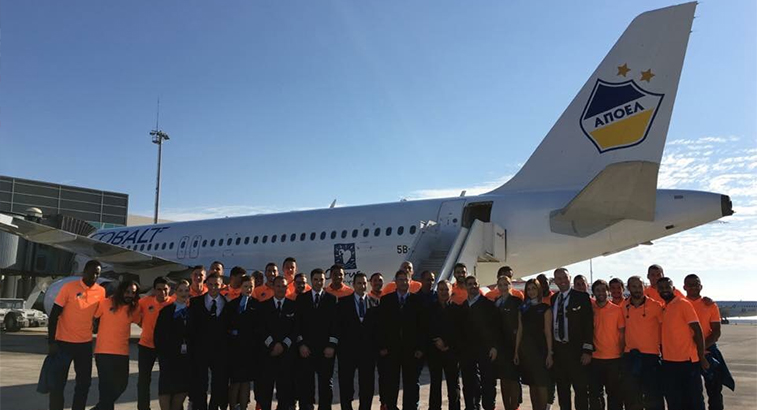 On 5 December Cypriot airline Cobalt flew the football team Apoel FC (Athletikos Podosferikos Omilos Ellinon Lefkosias) to London for their game against Tottenham Hotspur which will take place on 6 December. A special livery, featuring the Cypriot football club’s logo now adorns one of the airline’s A320s. In order to take the team to London, the carrier operated two charter flights and one scheduled flight into London Stansted in one day.