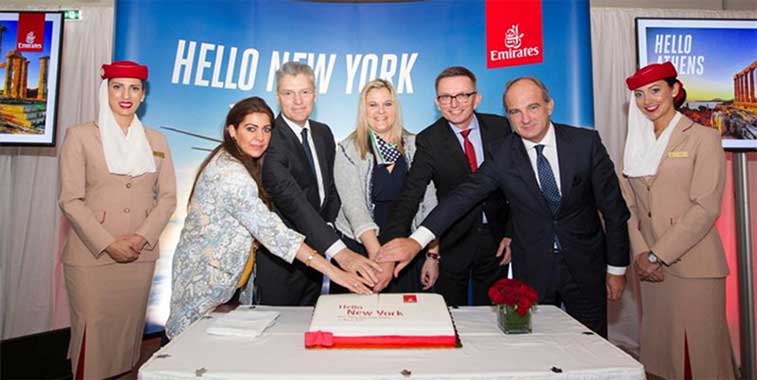 Emirates was the only one of the MEB3 carriers to increase the number of non-stop destinations served from its main hub during the 12 months to early August. During the week commencing 7 August the Dubai-based carrier operated to 130 direct destinations. It has also opened new indirect routes including a service to New York Newark via Athens, which commenced in March and was marked with a cake cutting ceremony.

Since anna.aero last compared the networks of Emirates, Etihad Airways and Qatar Airways (the Middle East Big 3 or MEB3 carriers), there have been a number of adjustments to their schedules. Comparing schedule data for early August 2017 with the same period in 2016 reveals the following key statistics:

The following table summarises the new destinations served non-stop by the MEB3 carriers during the last 12 months that are still being served. In some cases it is a matter of resuming services to destinations previously served (such as Conakry, Nice and Mahé Island), while some routes have been upgraded from a one-stop to a non-stop service, such as Emirates’ service to Hanoi.

Six airports have welcomed non-stop services from an MEB3 carrier for the first time since last August, with Emirates adding a connection to Fort Lauderdale, and Qatar introducing new links to Helsinki, Krabi, Sohar, Skopje and Windhoek. Emirates also began serving New York Newark (via Athens) and Senegal (via Conakry), having previously served Dakar direct in 2016. Emirates and Qatar Airways each upgraded routes to direct services, which previously operated with one-stop. Emirates added a direct link to Hanoi, while Qatar Airways did likewise with Tbilisi. 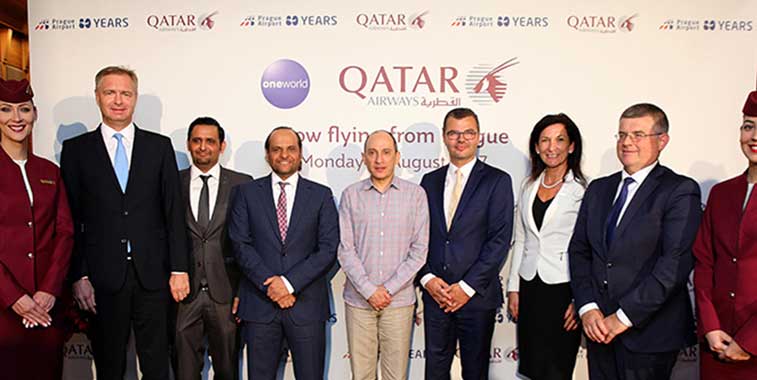 Qatar Airways saw the largest reduction in the number of direct destinations served in the 12 months to early August. Most of the 18 routes that were dropped were operating to neighbouring countries that imposed a flight ban on the carrier in the summer. Despite these challenges the airline has continued to launch links to other destinations including Prague, which began in late-August 2017.

US, Australia and UK remain biggest MEB3 markets by ASKs

Analysis of schedule data for all of the MEB3 carriers combined reveals that the leading country market as measured by ASKs (Available Seat Kilometres) is the US, which remains well ahead of Australia and the UK. The top three nations remains unchanged since last August. Of the top 15 country markets, five are in Europe (shown in bright green), while eight can be classified as being in the Asia Pacific region. The remaining two country markets are South Africa and the US. Among the top 15 markets, only three (US, India and Philippines) have seen a reduction in ASKs in the last 12 months. The fastest-growing country markets are Indonesia, Japan, France and Singapore. 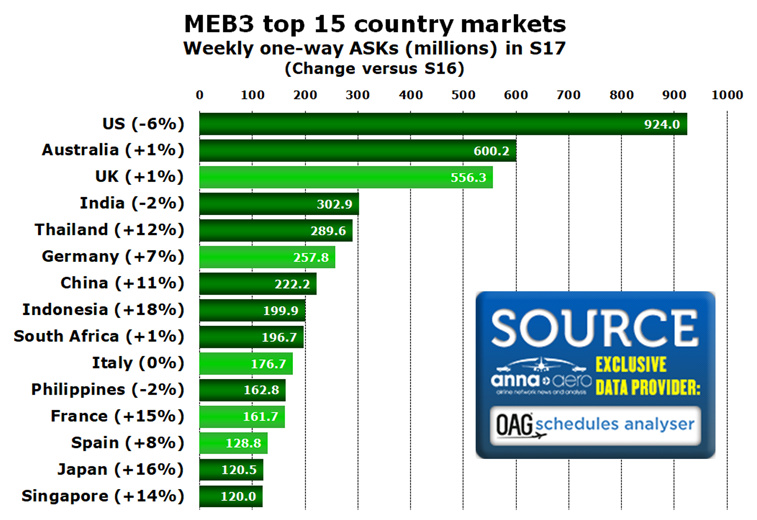 Since last August, the number of country markets served non-stop by MEB3 carriers has risen from 83 to 84, as several countries are no longer served, but with the addition of Finland (Helsinki), Georgia (Tbilisi), Guinea (Conakry), Macedonia (Skopje) and Namibia (Windhoek). Of these, Tbilisi was previously served by an indirect one-stop service.

Several more new routes planned for remainder of 2017 and 2018

Since the beginning of August, Emirates and Qatar Airways have already launched or revealed plans to launch (or in some cases re-launch) additional new routes. 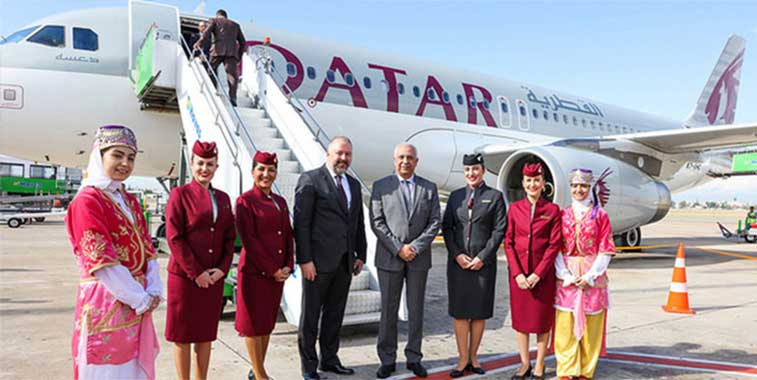 Qatar Airways has launched a number of routes since early August. It commenced services on two new routes in late August, one in October and another in November. The Doha-based carrier will begin flights to two more destinations before the end of the year. The carrier’s inaugural flight to Adana Airport in Turkey was welcomed on 6 November.