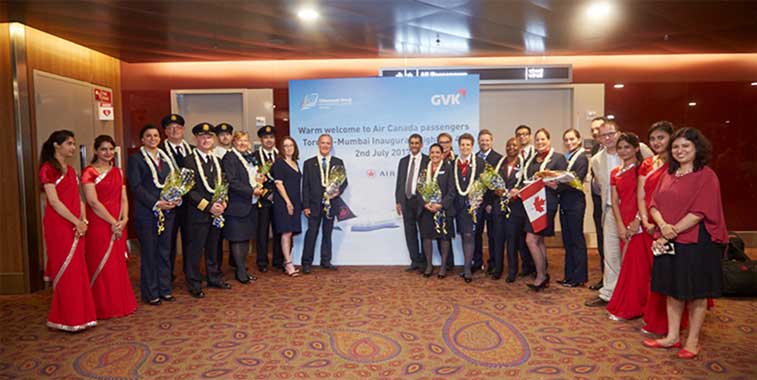 Although more than two-thirds of the departing seats available from Mumbai are on domestic services, international capacity has been on the rise in recent years. In 2017 the percentage growth in international seats was higher than that for domestic services, with a 7.6% increase in capacity compared to the previous year. In July, Mumbai welcomed the launch of Air Canada’s new connection from Toronto Pearson.

Mumbai Airport is the second largest in India, based on departing one-way seat capacity in 2017. The only  airport with more departing seats is Delhi, with Mumbai providing 94% more capacity than Bengaluru, the third largest departure point in the country. Mumbai has seen consistent growth over the past 10 years with the only marginal cut in departing capacity occurring in 2012, which was due in part to the demise of Kingfisher Airlines, which suspended operations in October of that year. Since then the airport has experienced five consecutive years of capacity increases.

International capacity on the up, but domestic dominates

In 2008 there were 19.98 million seats on offer from Mumbai and three years of growth saw this increase to 21.37 million by 2011. A marginal cut in seats the following year led to static seat numbers in 2012. From 2012 to 2017 the airport returned to growth, with available seat numbers increasing by more than one-third. The average capacity per departing flight has increased from 174 to 186 seats at Mumbai from 2008 to 2017. Interestingly, the average capacity on domestic services increased from 155 to 171 seats during this period, but on international departures it fell from 247 to 236 seats. 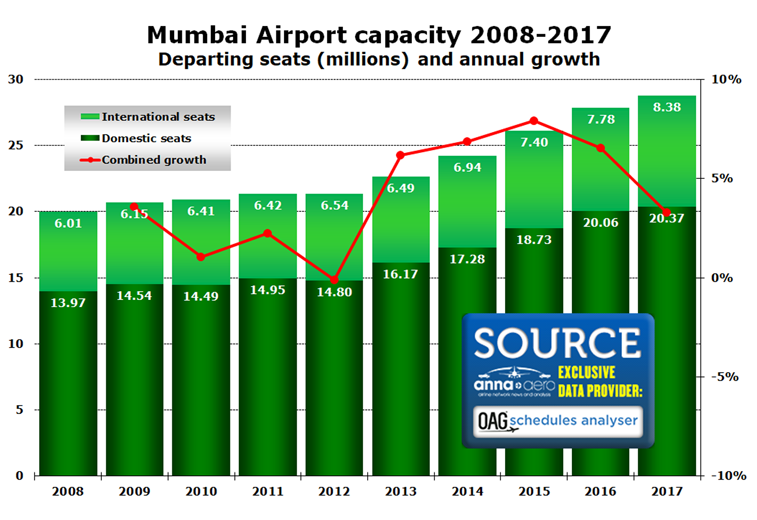 Domestic services continue to dominate Mumbai’s departure board, accounting for 70.9% of all departing seats in 2017. Domestic capacity has increased its market share at India’s second largest hub by one percentage point since 2008. Over the past 10 years, Mumbai has experienced an increase in both domestic and international capacity, although the former has seen a slightly higher average growth rate over that period. The number of seats available on domestic flights increased by 45.9% from 2008 to 2017, compared to a 39.3% increase in departing international capacity. In 2017 international capacity witnessed  stronger year-on-year percentage growth than domestic seats for the first time in the past 10 years, with 7.6% and 1.6% increases respectively.

Seven of the top 12 published capacity providers from Mumbai in 2017 are Indian operators. Jet Airways remains the airport’s largest carrier, a position it has held in each of the past 10 years. The airline provides 28.2% of all departing seats from Mumbai in 2017. More than two-thirds of Jet Airways’ capacity from Mumbai is domestic. This analysis splits the capacity of Jet Airways and JetKonnect, since the latter still has a separate IATA code under which it is recognised as a published operator in OAG schedules. If the JetKonnect seats were considered alongside those of its parent, the combined total would account for 31.7% of all departing seats from Mumbai in 2017. Of the five non-Indian operators in the top 12, three are Middle Eastern airlines. 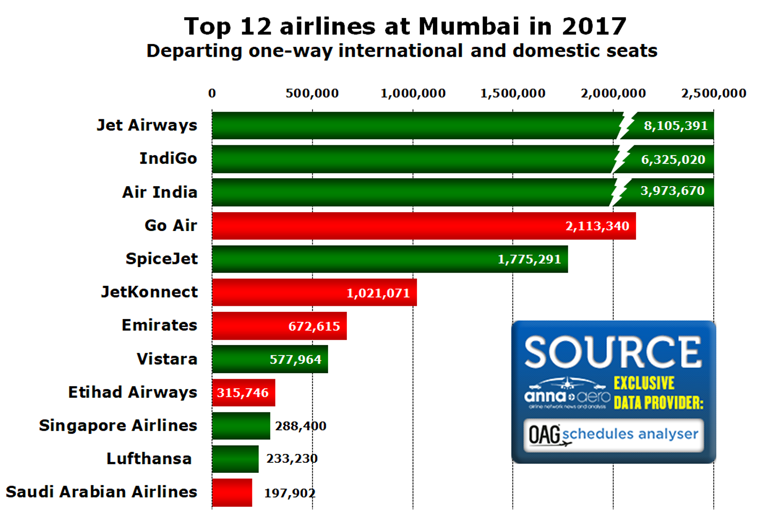 Jet Airways is by far the largest operator on international flights from Mumbai, with 30.1% of departing seats. If its capacity is combined with that of JetKonnect, the Jet Airways carriers would also provide the most domestic capacity, but if they are treated separately, LCC IndiGo would be considered the largest domestic operator at Mumbai in 2017, with 29.9% of departing seats. IndiGo was the top-ranked airline with the strongest capacity growth at Mumbai from 2016 to 2017, increasing its departing seats by more than one-third. The majority of the LCC’s seats are flown on domestic routes. Five of the top 12 airlines (highlighted in red) cut capacity from 2016 to 2017, with the most significant reduction made by Etihad Airways, which reduced the seats available from Mumbai to Abu Dhabi by 17% from 2016 to 2017.

Delhi and Dubai are top domestic and international destinations

anna.aero’s New Routes Database indicates that four new domestic services have been launched to or from Mumbai in 2017. The largest domestic destination based on departing capacity is Delhi with more than 4.28 million seats available in 2017. OAG schedules show that six different carriers will offer a combined 466 one-way flights on this sector during the week commencing 5 December. Five of the top 12 domestic destinations from Mumbai (highlighted in red) experienced capacity cuts in 2017. The largest fall in seat numbers came on flights to Jaipur, which witnessed a 5.6% decline from 2016 to 2017. Five of the 12 largest international country markets served from Mumbai are in the Middle East, with the UAE accounting for the most departing seats in 2017. Another four are in the Asia Pacific region, while the UK and Germany are the only European countries to make the top 12. Dubai is the largest individual international link from Mumbai with nearly 1.44 million departing seats available in 2017. Seven different carriers will operate 215 one-way flights on this airport pair during the week commencing 5 December. Three of Mumbai’s top 12 international routes (highlighted in red) experienced capacity cuts in 2017, of which Kuwait saw the biggest fall, with a 9.0% decline compared to 2016. 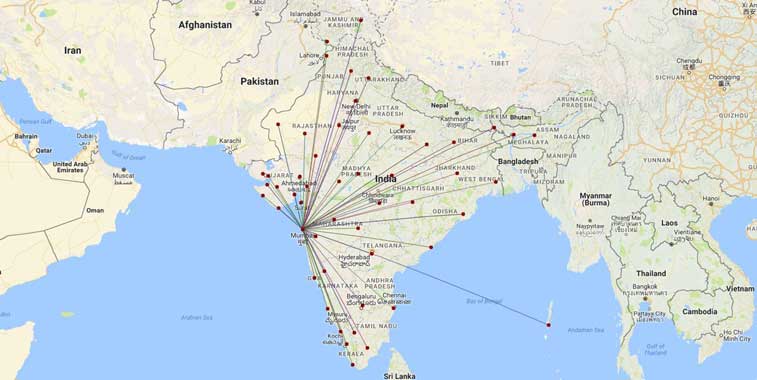 Domestic services account for 70.9% of all departing capacity from Mumbai in 2017. The number of domestic seats available has increased by 45.9% since 2008 with more than 20.37 million on offer in 2017. The largest domestic connection from Mumbai is the Indian capital of Delhi, with 466 one-way flights serving the sector during the week commencing 5 December.