Air China expands its Australian and US operations Air China commenced flights between Shenzhen and Los Angeles on 7 December, a route that it will operate three times weekly on its 787-9s. The new route was celebrated with a press conference at the Chinese airport before boarding. Seen speaking at the first flight ceremony in Shenzhen is Chen Zhiyong, VP of Air China and CEO of Shenzhen Airlines. An inaugural flight ceremony also took place in Beijing to toast the start of Air China’s operation from China’s busiest airport to Brisbane. Among those speaking at the event was Jan Adams, the Ambassador of Australia to China and Hou Xulun, Deputy GM of the China Aviation Group Corporation. 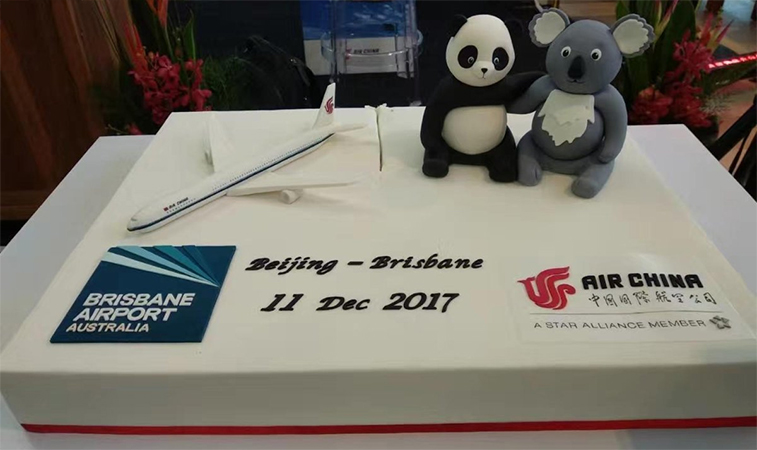 Brisbane Airport baked a cake to welcome Air China and its new service from Beijing. The Star Alliance member will operate the 8,393-kilometre route four times weekly on its A330-200s, with no other carrier serving the route.