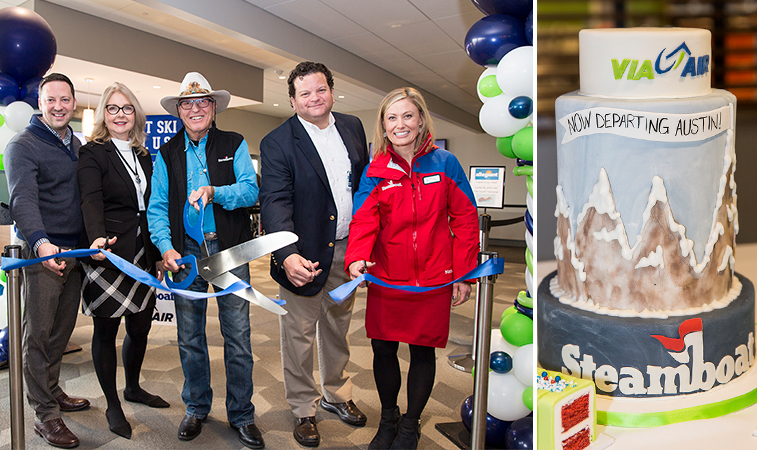 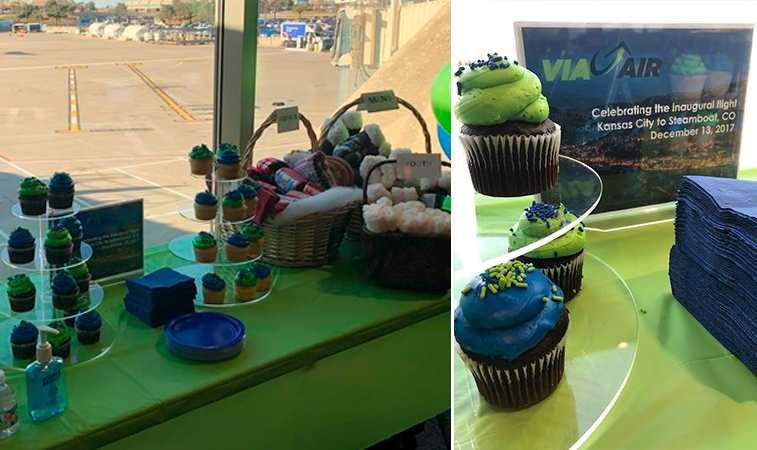 Kansas City Airport produced ViaAir corporate colour-inspired cupcakes for inaugural passengers to enjoy before jetting-off to Hayden/Steamboat Springs. The airport also gave away thick woolly socks to make sure that passengers were warm when they arrived at their final destination, some 6,606 feet above sea level.