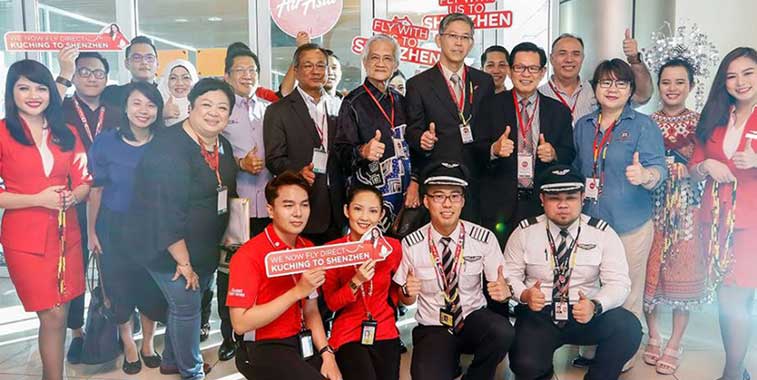 A welcoming committee was present at Kuching Airport for the inaugural AirAsia flight to Shenzen. Among those attending the event were: Mary Wan Mering, acting CEO of Sarawak Tourism Board; YB Datuk Lee Kim Shin, Assistant Minister of Tourism, Arts and Culture Sarawak; Zhang Yang, Deputy Consul General, The Consulate General of the People’s Republic of China in Kuching; and Datuk Haji Abdul Wahab Bin Aziz, Chairman of Sarawak Tourism Board. 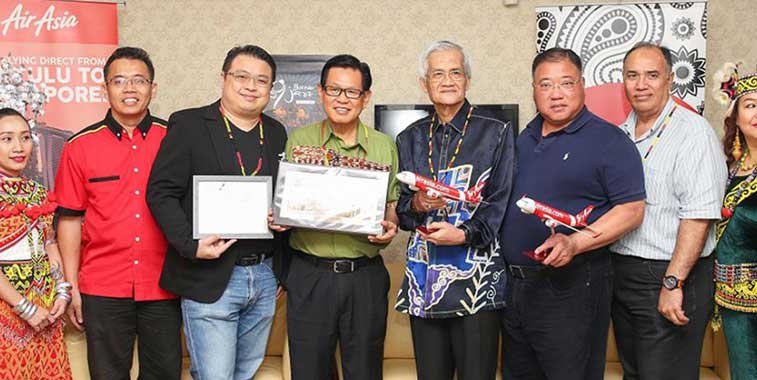