Moscow Vnukovo Airport served 18 million passengers for the first time in its history during 2017, exceeding the previous record of 15.82 million set in 2015. The record figure was due to the arrival of 12 new airlines, and growth from the airport’s largest carriers including Rossiya Airlines, Pobeda, Utair and Turkish Airlines. Vnukovo’s route network features about 170 destinations including domestic connections, and services to more than 40 countries in Europe, Asia and Africa. Annually, the airport served more than 170,000 flights by Russian and foreign airlines. The 18 millionth passenger was Elena Bugrimenko, who was taking an Azerbaijan Airlines flight from Vnukovo to Baku. She was congratulated by the Deputy General Director of Vnukovo Airport, Anton Kuznetsov (third-left), and General Representative of Azerbaijan Airlines, Raib Isaev, who presented souvenirs and gifts from the airport and the airline. The lucky passenger also received free services in Vnukovo’s VIP lounge. 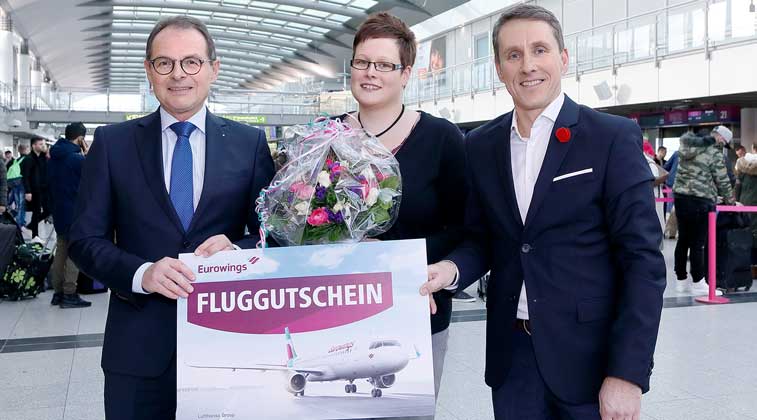 Dortmund Airport achieved its target for 2017 when it handled more than two million passengers for the first time since 2008. The two millionth passenger was Karina Grimm who was taking a Eurowings flight to Munich. Grimm was presented with a travel voucher by Udo Mager, MD of Dortmund Airport and Guido Miletic, Head of Marketing and Sales for Dortmund Airport. The airport credits its return to growth due to new routes, plus increased frequencies and traffic on existing services. Among the new services added in 2017 were those to Varna with Wizz Air, Thessaloniki with Ryanair, Hurghada with Corendon Airlines and Vienna with Eurowings. The airport also highlights the contribution of Wizz Air to its success in 2017 and highlights how the ULCC will launch four more routes from the German city in 2018. It adds that Eurowings has also declared an intention to expand at Dortmund this year. 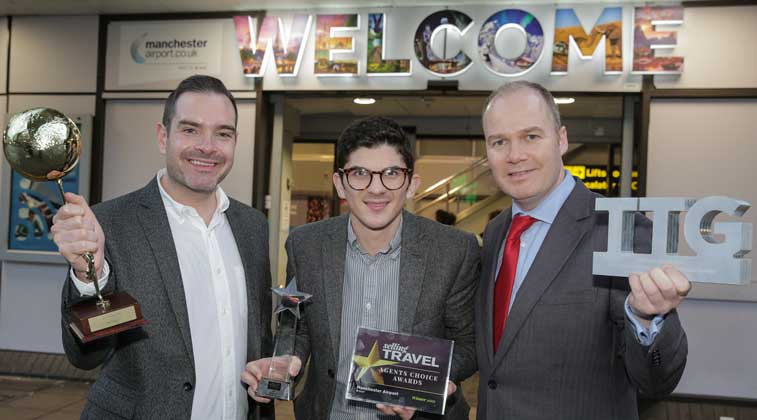 Manchester Airport celebrated a successful 2017 with record passenger numbers and four best UK airport travel trade awards. The UK airport collected its first accolade of the year last January at Travel Weekly’s Globe Awards. This was then followed by the Travel Bulletin Star Awards and the Travel Trade Gazette Awards. Manchester’s quadruple success was confirmed in December when it was presented with the best UK airport at the Selling Travel Agents Choice Awards. “To win one best UK airport award is a great achievement, but to receive four is incredibly humbling,” said Patrick Alexander, Manchester Airport’s Head of Marketing. “As the UK’s global gateway in the North, Manchester Airport is going through exciting times as we grow and spend £1 billion transforming terminal two, so to have that recognised makes all of us feel incredibly proud.” Seen here celebrating with the four awards are Manchester Airport’s: Seb Thompson, Press Office Manager; Nico Spyrou, Trade Marketing Manager; and Alexander. 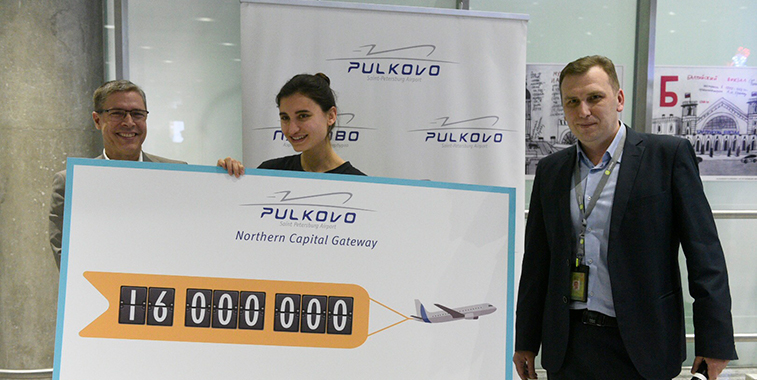 In mid-December St. Petersburg in Russia celebrated passing the 16 million passenger milestone for 2017. It is a record achievement for the airport in a calendar year, with the previous highest number being 14.3 million in 2014. The lucky passenger to claim the title was Anna Tunikova (centre), travelling from Berlin on S7 Airlines, who was greeted by the airport’s COO Oliver Weiss and S7 Airlines’ St. Petersburg Station Head, Sergey Zhukov.