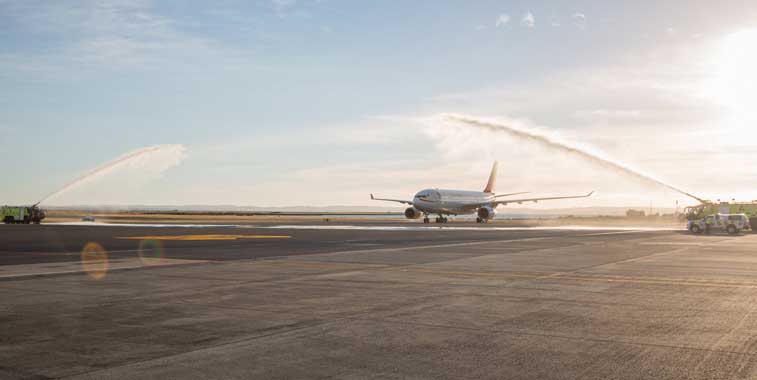 Auckland Airport welcomed Tianjin’s first direct service from Xi’an on 30 December with a water arch salute. The 10,664-kilometre airport pair will operate weekly (Saturdays) on A330-200s. The service, which originates in Tianjin, is the airline’s second route to Auckland from China after Chongqing, a route that also originates in Tianjin.