With Los Angeles taking the 2017 Arch of Triumph title, a fresh slate has now been made for the start of the 2018 competition. At the beginning of last year’s competition, we guessed that total entries for 2017 would pass 400 (there were 393), and that the annual winner would to stay inside Europe, two statements that our elves got wrong. This year we predict that the number of FTWAs received will pass the 420 mark, but with North America breaking the trend of Europe’s domination in this competition, it shows that the battle for FTWA supremacy is truly global. That said, we expect Europe to return to winning ways in 2018. Although we are only in the first week of 2018, the number of entries for this year’s competition is already two more than the first week of 2017, with five airports sending in FTWAs for judging. With the winner also not being a European airport, the regional battle is now well and truly underway. Keep Monitoring!! 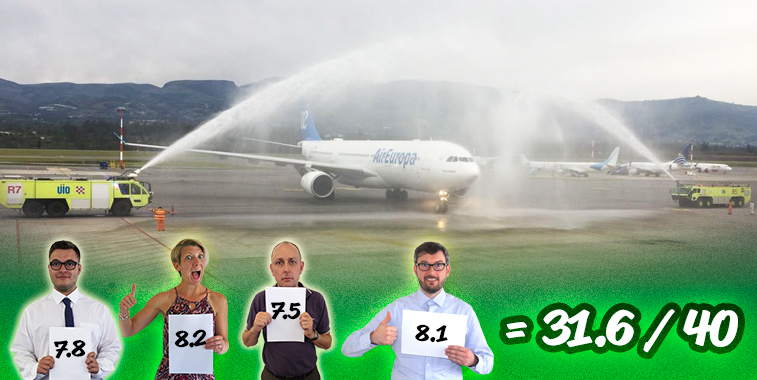 Will Routes Americas delegates be getting this style of welcome next month?

Judges’ Comments: With Routes Americas, the first route development forum of 2018, just around the corner, the 800 delegates that are planning to head down to Quito next month will be hoping to be greeted with the same fanfare as Air Europa’s new service (anna.aero’s data elves will be on flight IB 6453 from Madrid on 11 February). Fantastic job to the airport’s firefighters for securing the first FTWA win of 2018! 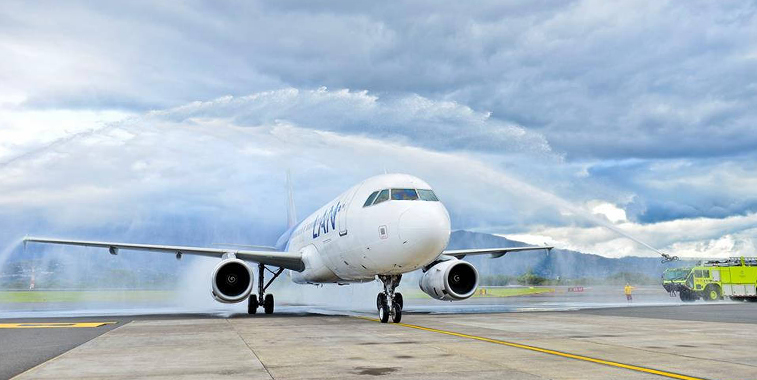 “Have you got any shampoo in that truck?”

Judges’ Comments: It’s clear that the staff at San Jose were rushing around on the morning of 2 January to make sure that everything was in place for the arrival of LATAM Airlines’ new connection from Lima, and as such, it would seem that one worker was so eager to get everything in place, they forgot to shower that morning before rushing into work…hygiene is everything… 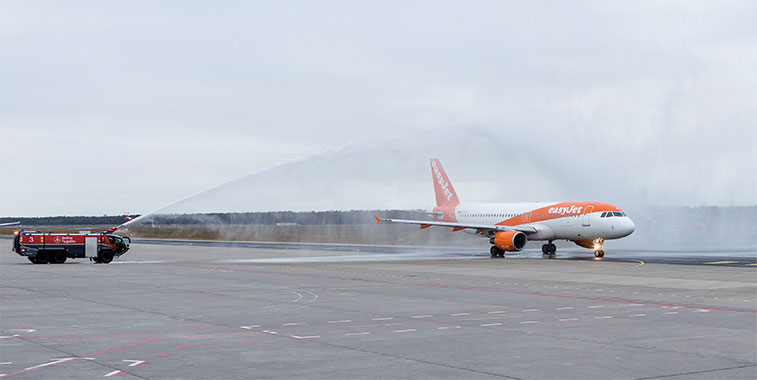 ‘easy’ does it in Tegel…

Judges’ Comments: One of the German airport’s most significant developments in recent years, the firefighters of Tegel did everything perfectly to greet the arrival of easyJet. This attempt clearly shows the branding of the airport and airline, it’s making the most of the bad weather, there is no apron clutter…it is just a shame that the photographer was not at the perfect angle (head on) to get both tenders in view, as it would appear that the symmetry of the arch was almost impeccable… 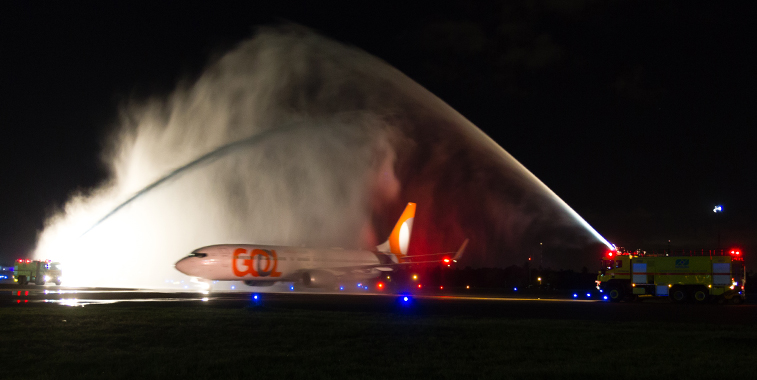 GOLly good…GOL’s brought the sun to this route launch…

Judges’ Comments: What is that light behind the left-hand tender? It appears not to be from the tender itself, and judging by the lamp above the right-hand truck, a lamp of similar power would not produce such a bright light behind that water curtain. It also appears not to be the right shape for an approaching aircraft…but at least the mysterious emission of light gives this Gangnam Style FTWA a dramatic finish… 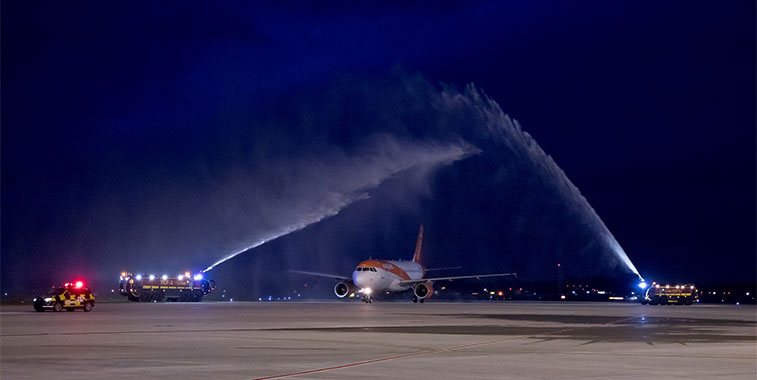 Judges’ Comments: Now this image gives a clear indication that no planning of FTWA structure was taken by Düsseldorf’s firefighters to welcome easyJet’s domestic link from Tegel, with the left-hand tender going for low and jagged, while the one on the right has opted for straight and upright. Let’s hope they can do better when they send off Eurowings’ new long-haul services later this year…