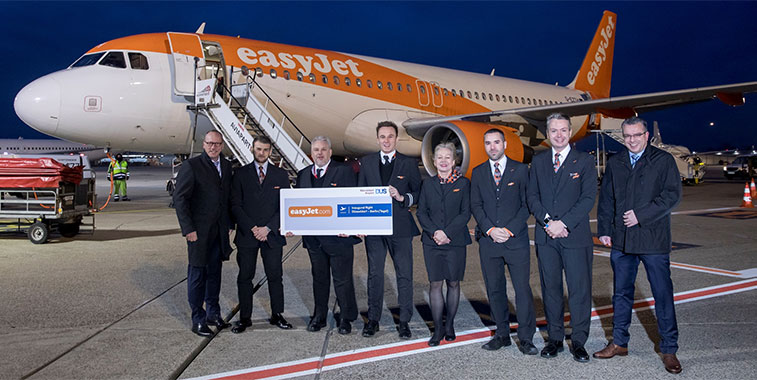 The easyjet crew was welcomed to Düsseldorf by the airport’s Lutz Honerla, Head of Marketing & Strategy (left) and Ulrich Topp, Head of Aviation Marketing (right). The LCC commenced a multiple daily service from its new Berlin Tegel base on 7 January. Salvador de Bahia celebrated the start of GOL’s latest route on 5 January, a 3,994-kilometre connection to Santiago. Among the festivities was live music, while a cake was also made to mark the new service. OAG schedules indicate that GOL will operate the route twice-weekly (Fridays and Saturdays) on its 737-800s. 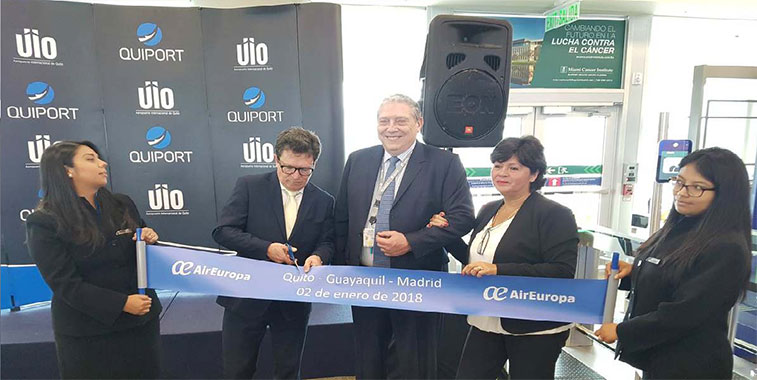 Cutting the ribbon as a symbol of the start of Air Europa’s operations from its Madrid base to Quito on 2 January in Ecuador were: Ambassador of Ecuador in Spain, Cristóbal Roldán; Director of Operations and Maintenance, Quito Airport, Yves Gautier; and Commercial Manager, Air Europa, Germania Salme.  The SkyTeam carrier now operates to 15 destinations in Central and South America. Syracuse Airport greeted JetBlue Airways’ inaugural Boston passengers with cream pie cookies to enjoy before boarding, while balloons displaying the airports’ IATA codes were inflated to promote the new service. The airline will offer a daily flight on the 423-kilometre sector, which becomes its fourth route from the New York State airport. 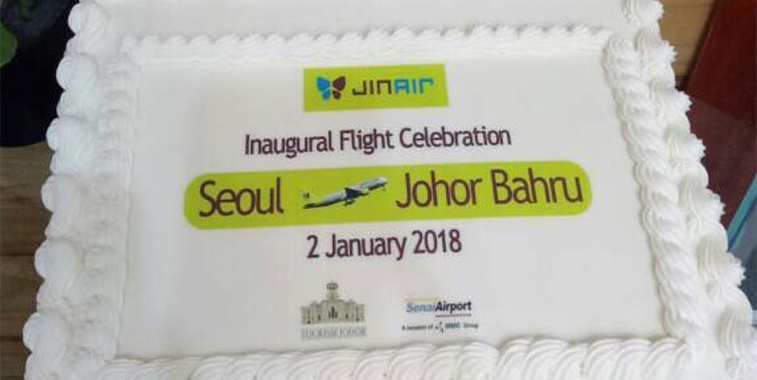 Jin Air commenced flights between Seoul Incheon and Johor Bahru on 2 January, with the service being marked with cake. The carrier will serve the 4,612-kilometre route twice-weekly (Tuesdays and Fridays) on its 777-200s. 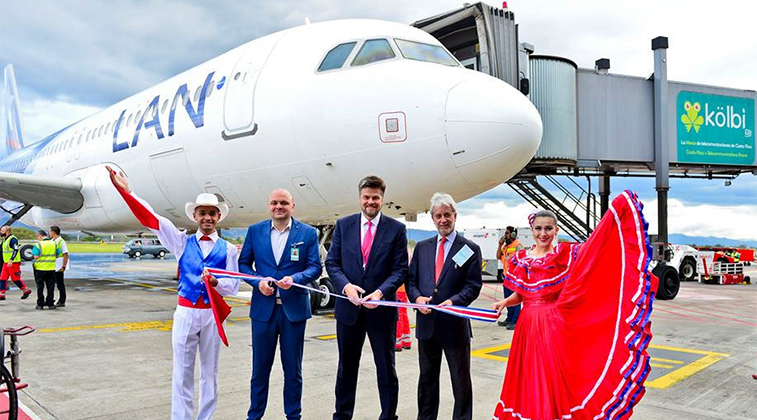 A ribbon cutting ceremony was held to officially open LATAM Airlines’ new service between Lima and San Jose in Costa Rica on 2 January. The carrier, which will compete directly with Avianca’s daily service on the 2,567-kilometre route, will offer three weekly (Tuesdays, Fridays and Sundays) flights using its A319s. 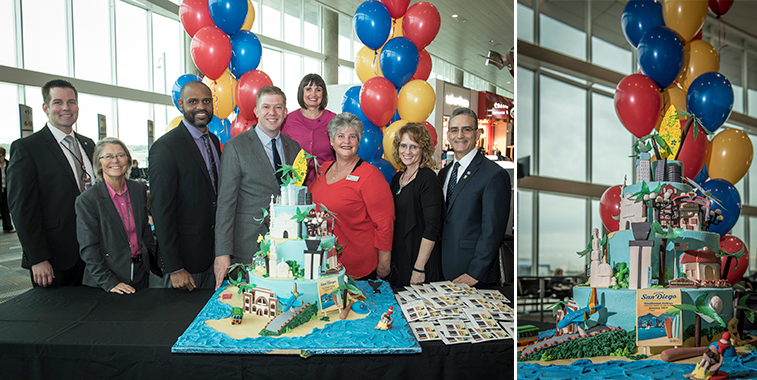 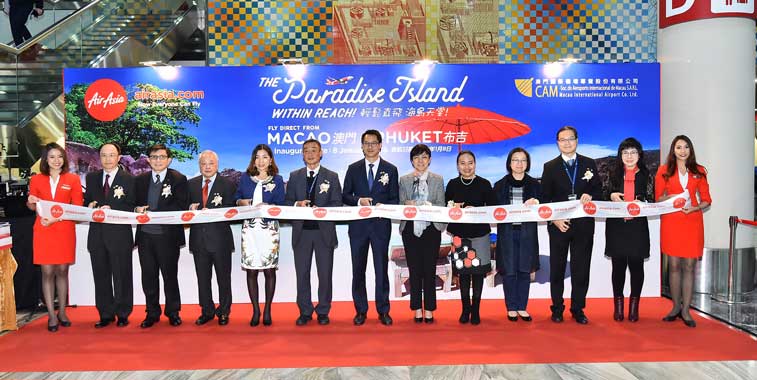 Celebrations were organised by Macau Airport to welcome the arrival of Thai AirAsia’s inaugural flight from Phuket on 8 January. A ribbon cutting ceremony was attended by a number of dignitaries, including Celia Lao, CEO of AirAsia Hong Kong and Macau (fifth left). The new service will be operated daily with A320s and faces no direct competition.