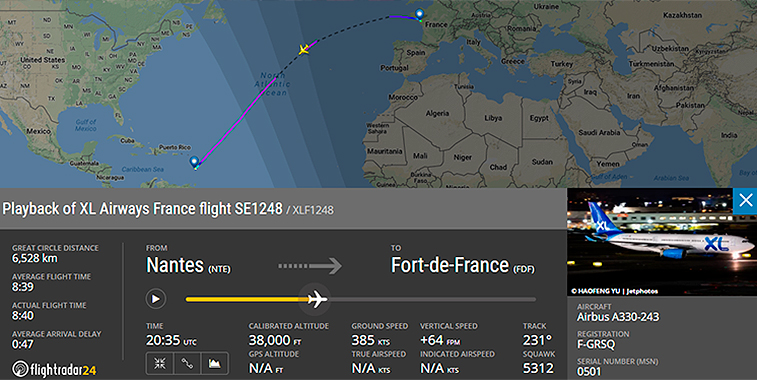 XL Airways France commenced flights between Nantes and Fort-de-France on 9 January. The carrier will operate the 6,523-kilometre route bi-weekly, with departures occurring every other Tuesday from the French city. This service becomes Nantes’ second transatlantic operation, with Air Transat offering a summer seasonal service from Montreal.