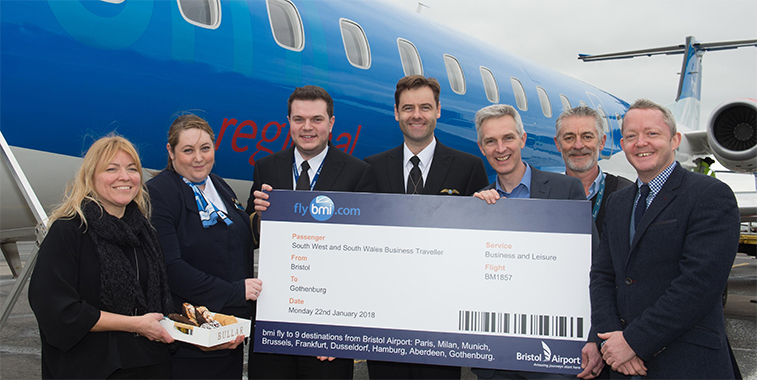 bmi regional and Bristol celebrated the launch of direct flights to Gothenburg on 22 January, with this becoming the regional carrier’s ninth route from the UK city, with it joining existing links to Aberdeen, Brussels, Düsseldorf, Frankfurt, Hamburg, Milan Malpensa, Munich and Paris CDG. Gothenburg becomes Bristol’s second Swedish connection after Stockholm Arlanda, a route that was inaugurated by easyJet towards the start of W17/18.