Edelweiss Air makes Orlando its fifth US service from Zurich Seen cutting the ribbon and Disney-inspired cake at Zurich Airport on 16 January, to officially open Edelweiss Air’s new service to Orlando, is the carrier’s CEO Bernd Bauer. The carrier will operate a weekly (Tuesdays) rotation on the 7,709-kilometre link, the carrier’s fifth US destination from Switzerland’s largest city. With this launch, Orlando is now connected to nine countries non-stop in Europe. 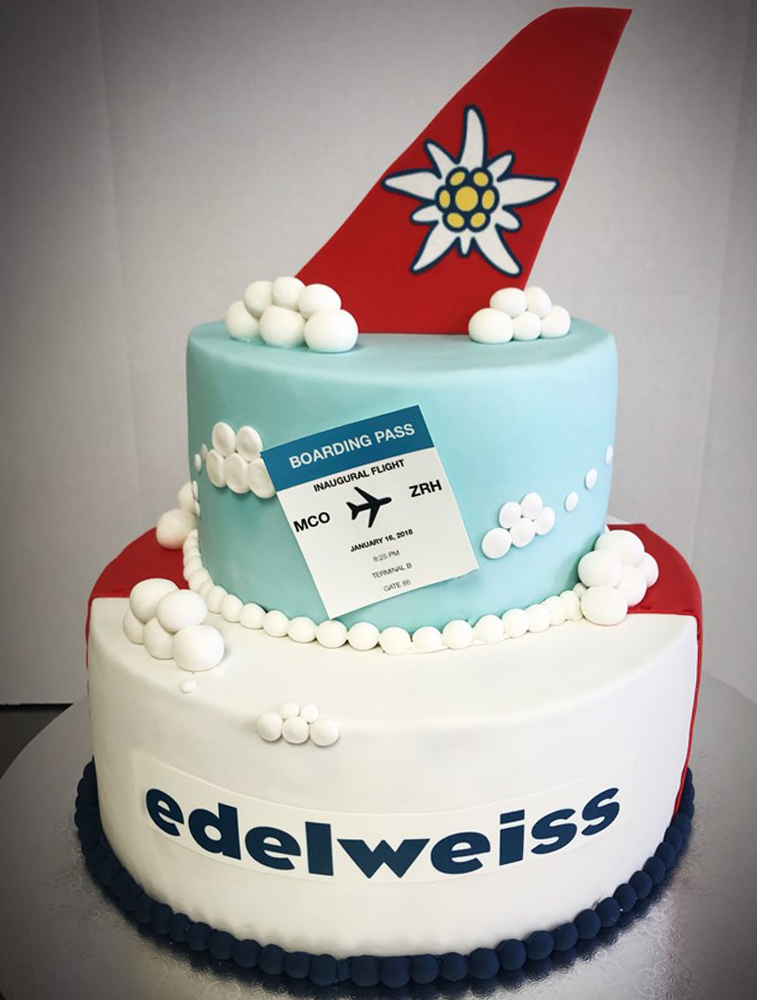 Orlando greeted the arrival of its newest European carrier – Edelweiss Air – with this airline-branded two-tier cake, topped with a tailfin of the Swiss airline. Orlando becomes Edelweiss Air’s fifth destination in the US to be served from Zurich, while Orlando is the carrier’s second route to Florida after Tampa.