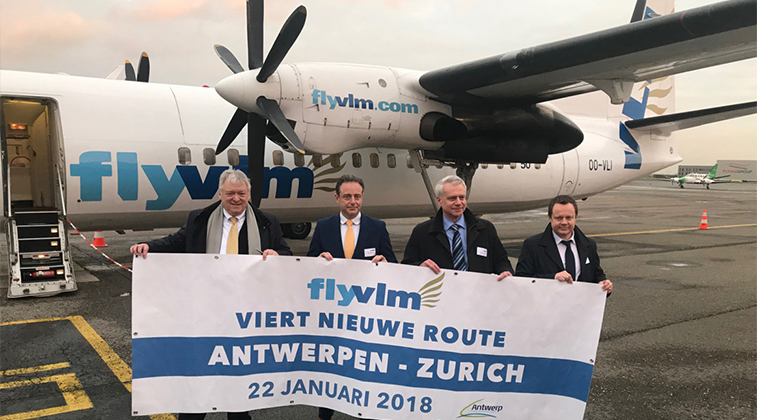 VLM Airlines, the recently restored operator, has begun flights between Antwerp and Zurich, adding to its existing London City link. Launched on 22 January, the airline will offer 10 weekly flights on the 518-kilometre hop to Switzerland. Seen at the launch are: Marcel Buelens, CEO of Antwerp and Ostend airports; Antwerp Mayor, Bart De Wever; Carl Runge, CCO VLM Airlines; and Karl Rickard, CEO VLM Airlines. The carrier’s next routes from Antwerp will be Birmingham and Munich, with the latter airport also expected to be connected by the airline to Maribor in Slovenia.