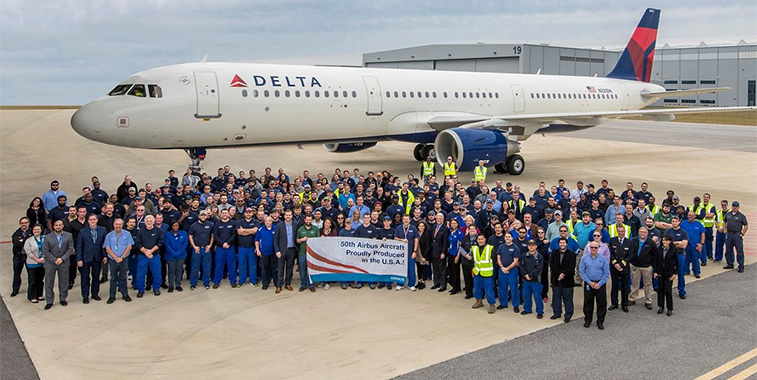 Delta Air Lines was the recipient of the 50th Airbus aircraft to be produced in the US in December, with the SkyTeam member picking up five A321s from the European manufacturer in December. The final month of 2017 was the third consecutive one to see Airbus outperform Boeing with regards to deliveries, with it handing over a resounding 44 more units than its US rival. The two companies distributed a combined 1,481 units in 2017, up 3.1% on the total of 2016.

December marked the end of the 2017 delivery race between Airbus and Boeing, with the year proving to be another well fought race. Last year, the two manufacturers distributed 1,481 aircraft to airlines around the world, 45 units (3.1%) more than the 1,436 delivered by the pair in 2016. The overall winner of the 2017 competition was Boeing, which handed over 763 aircraft versus the 718 managed by Airbus. But while the European aircraft maker did not match its US rival for deliveries, it did see an improvement when compared to 2016. Airbus increased its delivery rate by 4.4% in 2017, having only managed to handover 688 aircraft in the year before, while Boeing only improved its annual unit distribution by 2.0%, with its 2016 unit total having been 748.

The table below shows the breakdown of aircraft distribution in 2017 between Airbus and Boeing, plus the split between wide-body and single-aisle units. 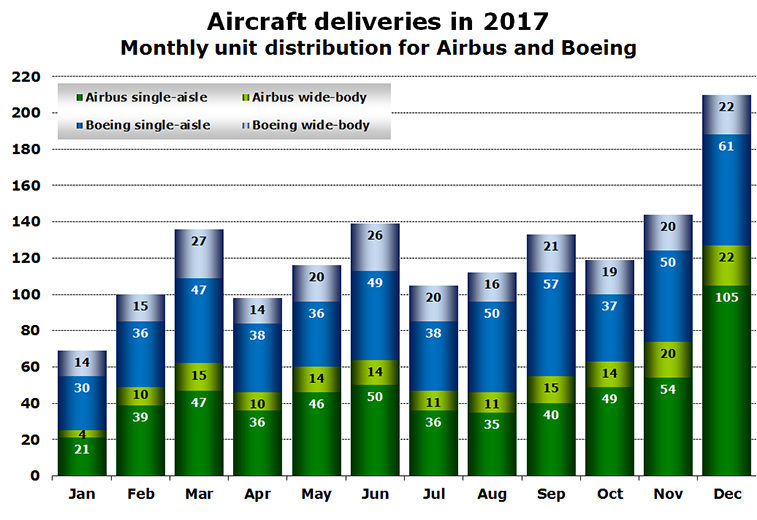 Back to December, and as stated, it was a month which saw Airbus and Boeing hand over 200 aircraft for the first time in recent history, with the total unit delivery count for the month being 210. The result is an 18% (32 units) improvement from the 111 aircraft that the two managed to handover in the same month of 2016. By handing over 210 aircraft, December was the most productive month in 2017, with the second-best of the year being November with 144 units delivered, some 66 units less than last month. For a third consecutive month, Airbus outperformed Boeing, with the European aircraft maker delivering a whopping 44 more units in November than its US rival (127 units to 83).

Airbus delivered 127 aircraft in December, a sound 66 more than the 144 it managed during November. The result is also good when compared to the same month of 2016, when the European giant handed over 111 units. For the last month of 2017, single-aisle deliveries were led by the A320 (69 units) followed by the A321 (32), while four A319s handed over to three separate carriers. The leading customer of the A320 was AirAsia, the same as it was in November, with the Asian LCC picking up nine of the type. Following AirAsia was Air India, Frontier Airlines and Zhejiang Loong Airlines, with the three airlines each collecting four A320s respectively. With regards to the A321, the leading customer was Vietnamese LCC VietJetAir, again, the same as it was in November, collecting six of the type. Following VietJetAir was Delta Air Lines, also the second largest recipient of the A321 in November, with it picking up a further five in December.

In relation to the wide-body market, Airbus delivered 22 units, two more than it did in November, and equal to the number handed over by Boeing. The leading wide-body aircraft type was the A330-300, with this model breaking the eight-month lead which was held by the A350, after A330-300s were handed over to six different airlines, with three going to Hainan Airlines and two to Thai Lion Air respectively. The A350 became the second leading Airbus wide-body in December, with eight being distributed. Along with the A330-300 and A350, two A380s and three A330-200s were handed over in the final month of 2017. 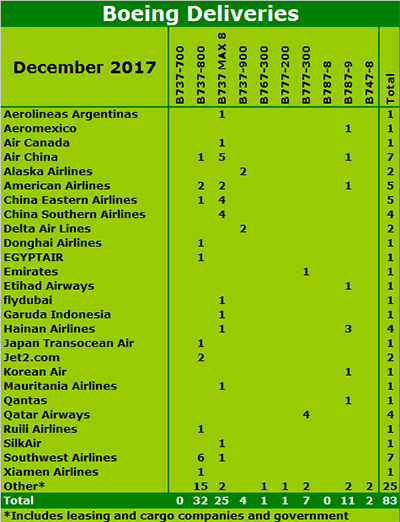 Boeing delivered 83 aircraft in December, 13 more than it managed in November. Of those 83 deliveries, 25 were 737 MAX 8s, meaning the US giant has now delivered 74 of the type (up until 31 December). The most popular narrow-body unit in December however was the 737-800, with 32 being handed over, the same that it distributed in the previous month. The leading customer of Boeing’s premier narrow-body model was Southwest Airlines which took home six, with American Airlines and Jet2.com being the second-largest customers, picking up two each. In total Boeing distributed 61 narrow-body aircraft, 44 less than Airbus. Along with the 737-800s and 737 MAX 8s, four 737-900s were also delivered in December. 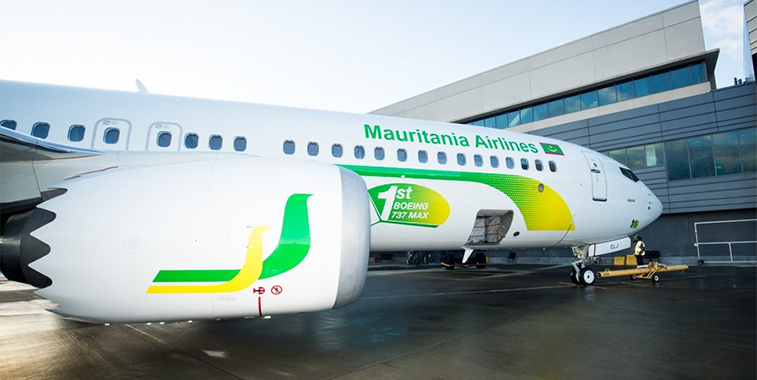 Mauritania Airlines became the first 737 MAX 8 operator in Africa during December when it picked up its sole aircraft order for the type. Since being introduced into service in 2017, a total of 74 737 MAX 8s have been delivered.