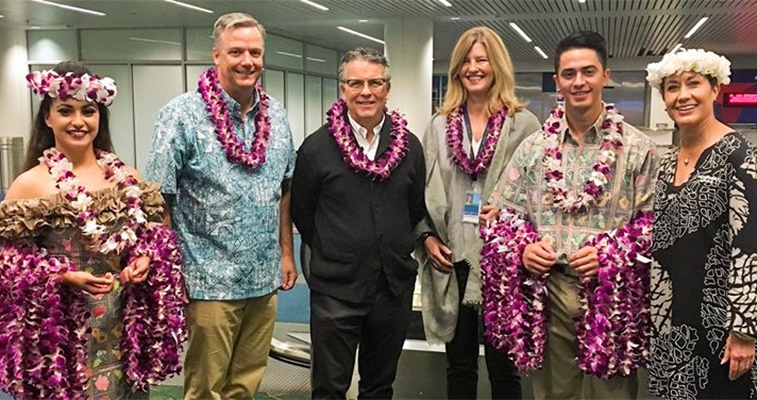 Among those at the launch of Hawaiian Airlines’ service between Kahului and Portland was Brent Overbeek, VP – Network Planning and Revenue Management at Hawaiian Airlines (second left). The carrier will offer a daily service on the 4,120-kilometre sector, with competition coming from Alaska Airlines which already flies the route twice-daily.