Hainan Airlines hops Down Under from Haikou 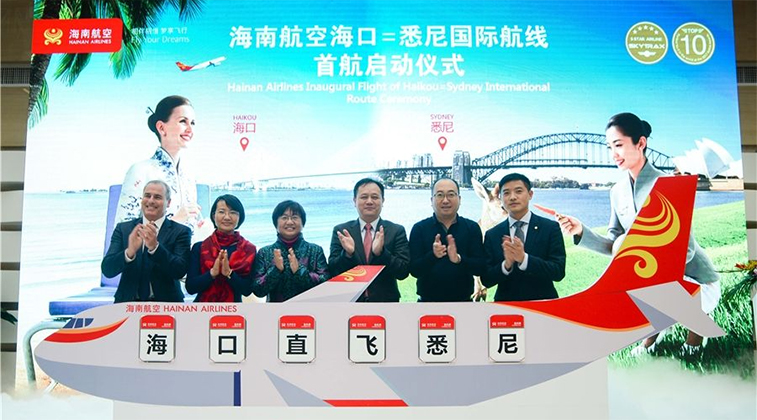 Hainan Airlines operated its inaugural flight between Haikou and Sydney on 30 January, with the route launch being celebrated with festivities at the former end of the route. The carrier will serve the 7,376-kilometre airport pair twice-weekly, with flights departing Haikou on Tuesdays and Sundays, before returning on Wednesdays and Mondays. There is no direct competition on this sector which the carrier will operate using its fleet of A330-300s.