Celebrations were had at Clark Airport to herald the start of Philippines AirAsia’s new routes to Ilo Ilo, Puerto Princesa, and Tacloban, with the festivities also including a cake cutting ceremony. Seen conducting the cutting of the baked creation are: Carol Uy, Regional Director of DOT III; Alexander Cauguiran, President CEO of Clark International Airport Corporation; and Darren Acorda, Chief Pilot Training and Standards Captain, AirAsia. 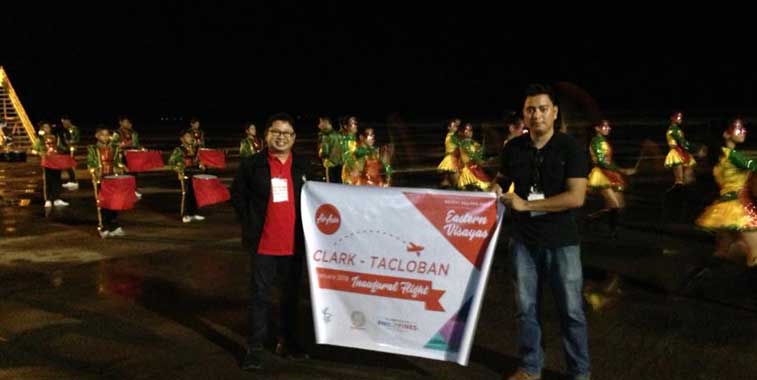 There were also celebrations at Tacloban Airport to welcome the inaugural Philippines AirAsia service from Clark on 2 February. The following day,  the carrier launched two more domestic destinations from Clark to Ilo Ilo and Puerto Princesa. The airline faces no direct competition on the Ilo Ilo and Tacloban routes, but the connection from Clark to Puerto Princesa is already operated three times weekly by Philippine Airlines.