European entries remain few and far between in this year’s FTWA competition. Week six saw no additional attempts from European airports, leaving them on just four entries for the year so far. In contrast South America has now seen 10 entries, with a further eight coming from Asia. However, no other region has been able to challenge the strong start from Australasia with Canberra’s win this week adding to two previous victories by Sydney, while maintaining a perfect win/entry ratio for Australian airports. A notable statistic from this week’s winner is that it has scored the highest total from the anna.aero judges so far in 2018. The 35.9 point total awarded for Canberra’s christening of the new Qatar Airways service from Doha, tops the 35.2 points awarded to Sydney in week four. Can anyone challenge this early Australian dominance? Keep Monitoring!! 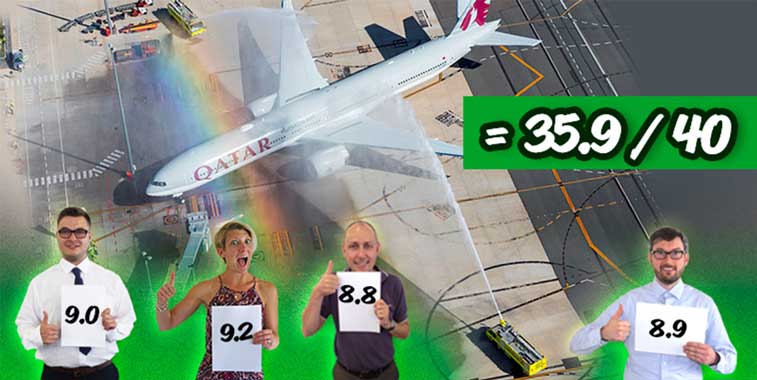 Judges’ comments: Oh my word. This is the first FTWA of the year when all the anna.aero judge’s have just gone…wow! Of course the aerial shot is visually stunning…with a rainbow too…and you can see details like the angle the tenders are putting on the water jets in order to keep the arch straight…but look closely and you will see a healthy gap in the middle of the FTWA…which has dragged its score down. But still…a worthy winner this week… 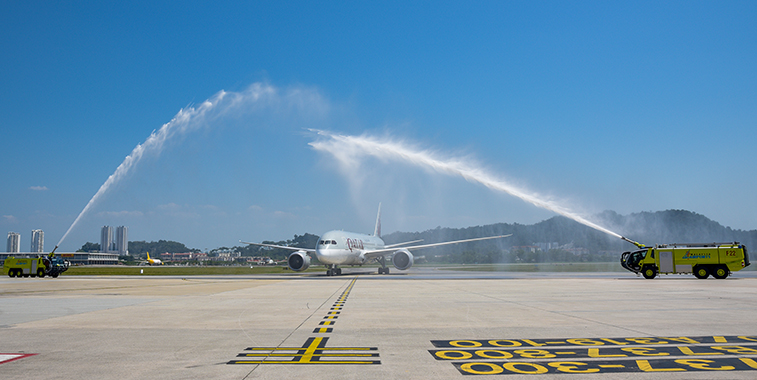 Judges’ comments: Looking at the apron markings here in Penang – for a 737-300 or -800 or for a A319-100 – we are not sure whether the aircraft merely came to this narrow-body stand for its FTWA or not. Many airports have designated areas for this type of marketing activity. Maybe the 787-8 did a sharp turn to an appropriately-sized stand just after this shot?? 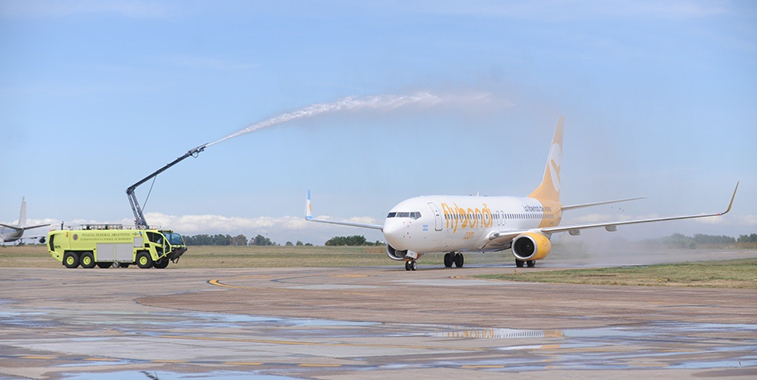 Judges’ comments: Having already amassed four FTWAs from the 27 we have been sent so far in 2018 – that’s 15% of all of them, for those non-mathematicians out there – Flybondi is in the lead (unsurprisingly as its a start-up airline) in the 2018 airline competition. However, it’s not having it all its own way, as with two FTWAs this week, Qatar Airways is hot on Flybondi’s heels, having now delivered a total of three water arches by the end of week six…