North America wins its first Arch of Triumph award of 2018

After Jacksonville’s Valentine’s Day win (also its first victory in four attempts, which began way back in the 2014 competition), four global regions have now won a weekly award, as North America joins Australasia (three wins), Asia (two) and South America (one) as the worldwide inaugural flight marketing competition begins to heat up. With no wins so far, Europe is still conspicuous by its absence from the inter-regional competition leader board. Returning to Jacksonville, the airport managed to finish fourth (out of eight FTWAs) in the second week of the W14/15 Public Vote, and had previously provided below par scores of 19.8 in January 2015 and 15.3 in May 2016. So this week’s win represents a big step up for the Florida facility. Keep Monitoring!! 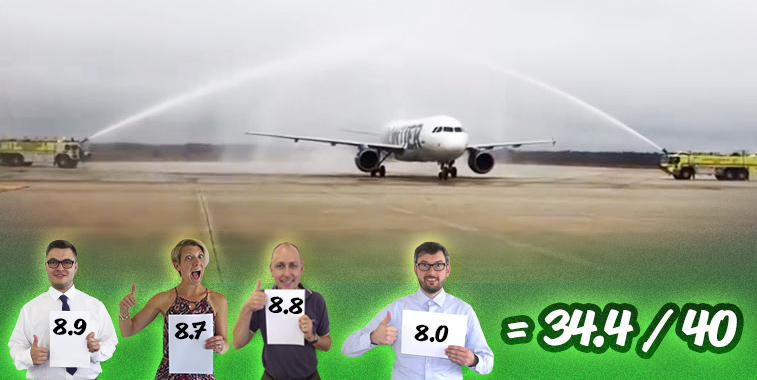 Judges’ comments: Is this going to be it for Jacksonville FTWAs for 2018? We hope not!! The airport has only ever provided one FTWA per year – one in October 2014, one in January 2015 and one in May 2016 (the airport never sent any entries for the 2013 and 2017 competitions). One thing it has never achieved is being a weekly winner…well we can now chalk that off the to-do list… 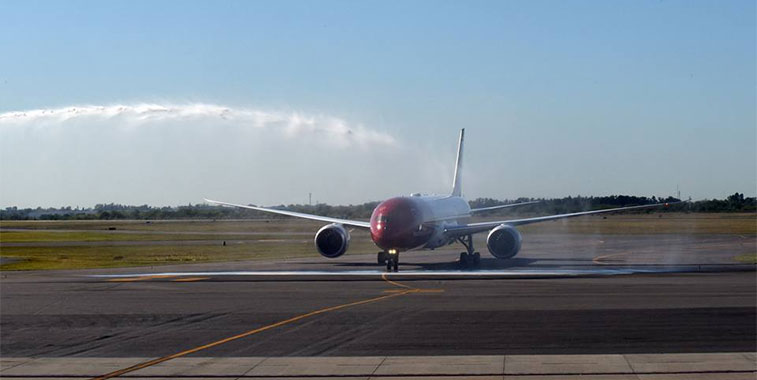 Did this inaugural flight run out of new route marketing steam after such a long flight??

Judges’ comments: At a whopping 11,117 kilometres (or 6,907 miles), this Norwegian route launch – the first low-cost long-haul service between Europe and South America – appears to have lost its new route marketing mo-jo on the 13-hour, 45-minute flight from London. Looking at Flightradar24, the first flight was nearly an hour late…arriving at 09:13 rather than the scheduled time of 08:15…so maybe the Buenos Aires bomberos were waiting a long time for the flight to arrive…and the right hand tender just gave up and went back to the station? 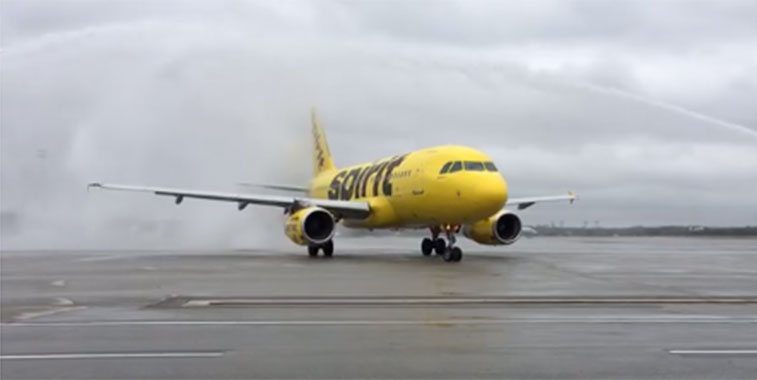 Hungry passengers arrive in Ohio…hollering “Give me fondue!”

Judges’ comments: Everyone loves fondue – right?!?! And guess what…there is a great fondue restaurant in Columbus for any hungry passengers getting off this Spirit Airlines aircraft from Florida. The Melting Pot is the place (4014 Townsfair Way, Easton Town Center) where weary travellers can enjoy several fondue cooking styles and a variety of unique entrees, salads and unforgettable desserts. Apparently the restaurant is perfect for the everyday occasion, from a night out with friends or a romantic dinner with your special someone to a promotion celebration with colleagues – or indeed a new route launch party! 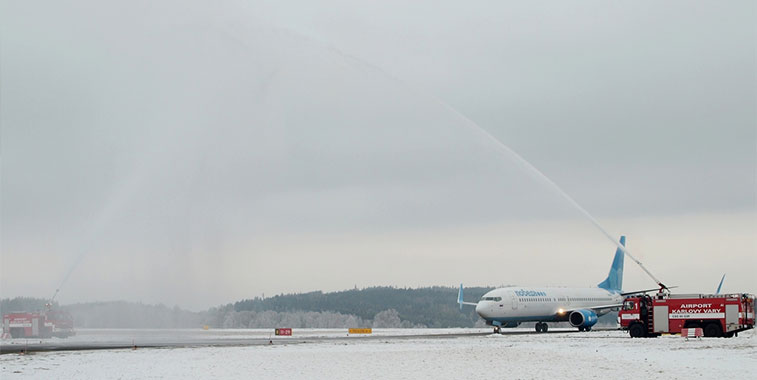 Judges’ comments: February is perhaps not the best month to visit Karlovy Vary in the Czech Republic. The weather today was 2ºC…but tonight it was due to plummet to -7ºC (on Sunday night it’s forecast to drop to -13ºC). For any Moscovites planning to visit the city we suggest that July or August might be a bit more clement, with average highs being 24ºC…ahhhhhhhh…that’s much better…