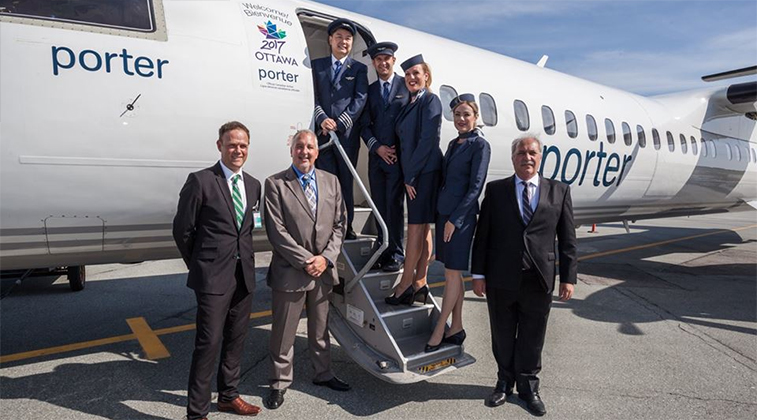 Toronto City is the home airport for Canadian regional operator Porter Airlines. In 2017 it commanded close to 85% of all seats available from the downtown airport, boosted by its decision in September last year to commence daily services to Saint John in New Brunswick via Ottawa.

As the airport is very secretive about its passenger traffic, its hard to know exactly where Toronto City (also known as Billy Bishop Airport) sits in the Canadian airport pecking order. Consulting the OAG schedule data for 2017, it offered 2.303 million one-way seats, way behind the likes of Vancouver (15.166 million) and Toronto Pearson (28.503), just 20 kilometres (around 12 miles) to the north-west. With that annual capacity, it places City in ninth spot, just behind Ottawa (2.306 million) but well ahead of Victoria (1.343 million). With those yearly seats being so close between City and Ottawa, if the load factors of the former’s two serving carriers, Air Canada Express and Porter Airlines, are higher than those achieved in the Canadian capital city, then the downtown facility may well be the eighth busiest airport in the country.

Having originally started operations in 2006 from the airport, Porter Airlines is City’s main airline tenant. Air Canada Jazz used to operate to Ottawa from the airport until the terminal which it was using was bought by REGCO in 2005. Jazz’s lease was cancelled on 31 January 2006, and then two days later Porter was launched, now owned by Porter Aviation Holdings, formerly known as REGCO Holdings Inc. Porter had the airport to itself until 2011, when Air Canada resumed flights from City, this time to Montreal. Since its return, Air Canada has grown its share of City’s capacity from 13% in 2011 to 15.5% last year. Its share peaked at 16.3% of total seats in 2012, and since 2013 it has stayed between 15% and 15.5% according to OAG schedule data. 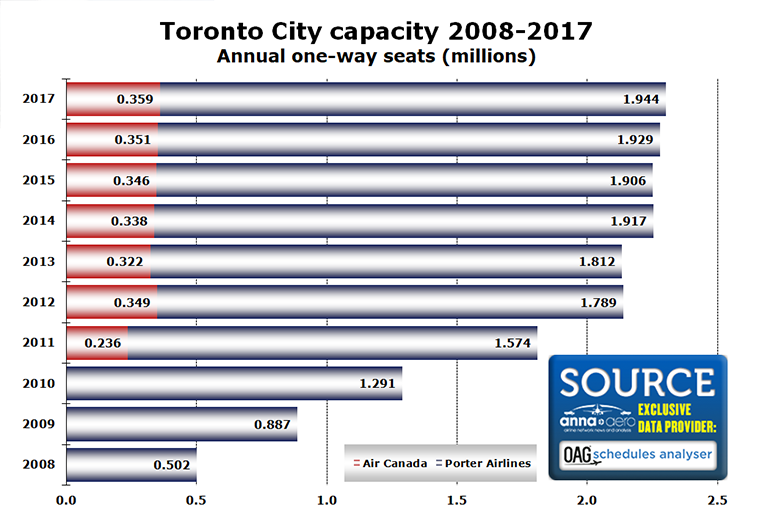 These capacity figures may well have been higher if Porter (and its parent) had achieved its development objectives at the airport. In March 2010 it opened a new, larger passenger terminal, before in 2013 it made a proposal to expand the Toronto Island airport to allow regional jets (a move opposed by Air Canada), but in November 2015, the federal government announced it would not support the proposal.

City currently offers 16 non-stop-destinations, this increases to 20 when one-stop points are also considered. The top 12 airport pairs are the same dozen that were recorded in the same week last year, with Sudbury and Sault Ste. Marie merely exchanging positions. In addition it should be noted that a year ago Quebec City shared 12th spot with Pittsburgh and North Bay. There are four international international destinations in the top 12 (highlighted in light green). Of the remaining eight domestic connections six are in the same state of Ontario – namely Ottawa, Thunder Bay, Windsor, Sault Ste. Marie, Sudbury and Timmins – reinforcing the operational restrictions of the airport’s 1,200m runway. 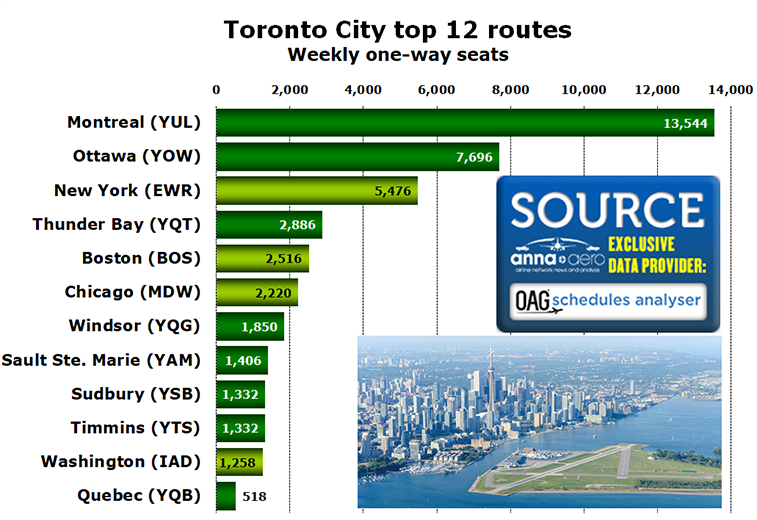 Year-on-year growth for the identical weeks in February 2017 and February 2018 reveal that overall growth across the airport’s top 12 routes has been marginal, rising by just 1.6%. The largest annual capacity increases have been observed on sectors to Boston (+9.7%) and Ottawa (+9.5%). The most significant seat reduction was witnessed on the intra-Ontario service to Sudbury which has dropped by a quarter since last February.

Nothing new on the radar

Consulting the anna.aero New Route Database reveals that only two new city pairs have been launched from City since the start of 2016, with flights to Fredericton and St John (via Ottawa) commencing last September. At this moment in time there are no new routes planned from the airport. 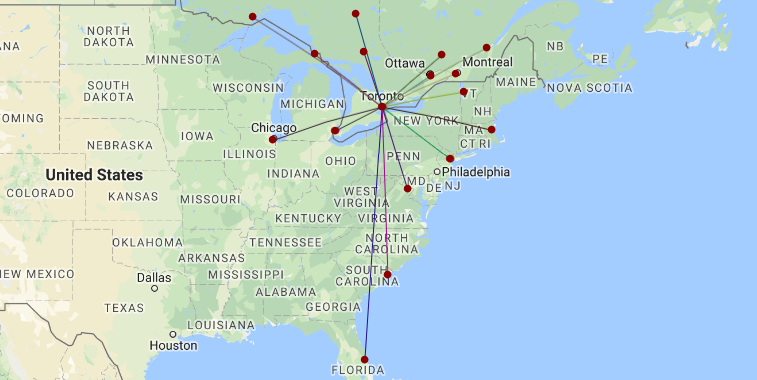 Toronto City Airport (also known as Billy Bishop Airport) currently offers a network of 16 non-stop destinations, a figure which increases to 20 when one-stop services are considered. As the airport is primarily for business travellers, looking at a peak week in S18 sees these figures decrease to 13 non-stop and 19 one-stop routes, according to OAG schedules data at this point.