anna.aero is rewarded by CONNECT in Tbilisi 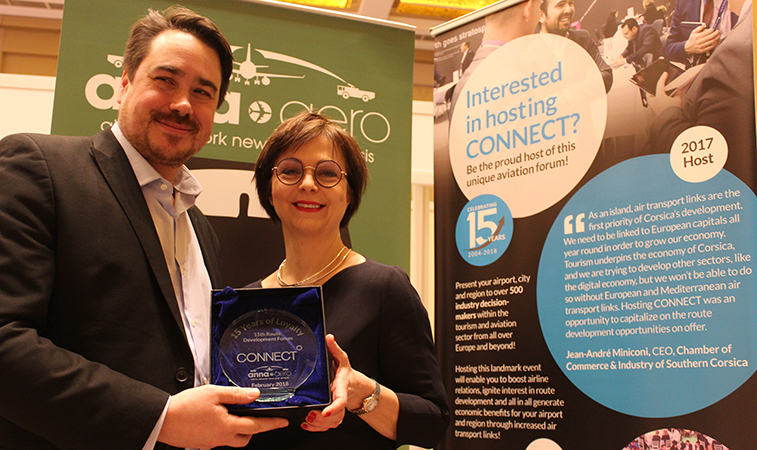 anna.aero was rewarded by CONNECT last week at the company’s 2018 event, hosted by the brilliant United Airports of Georgia in Tbilisi. anna.aero was presented the award for its years of media dedication to the conference, which celebrated its 15th conference in Georgia. Collecting the award in Tbilisi is Jon Lassetter, Business Development Manager of anna.aero, who was presented the trophy by Karin Butot, CEO of the Airport Agency, organisers of CONNECT. Commenting on the award, Lassetter said: “It is a great honour to be presented with this award by CONNECT. We have aimed to be the leading media outlet for airline network development, which we have achieved, and it is great that our years of hard work in this field has been rewarded in this way. Of course a special thanks goes to the dedicated team that brings this news to the forefront of the network planning community, and we look forward to continuing to do this for many more years to come.” 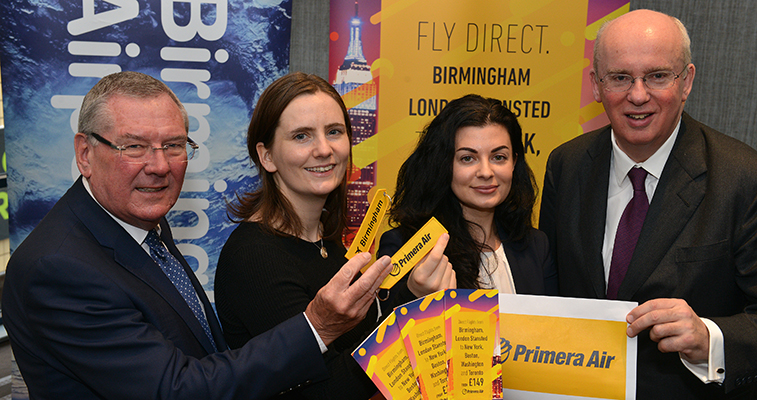 To promote it’s new Birmingham base which opens in June, Primera Air, which will bring low-cost long-haul travel to the UK’s second largest city, hosted at an event to showcase its services to the UK Midlands’ business community. It will begin serving the airport in May with flights to Malaga and Palma de Mallorca, with New York Newark and Toronto Pearson being the prime services that it will launch on its A321s. Along with these four routes, services to Chania in Crete will begin in July, while Barcelona will be opened up in October for W18/19. Seen promoting the new services from Birmingham are: Councillor Bob Sleigh OBE; Councillor Brigid Jones; Anastasjia Visnakova, CCO of Primera Air; and Tim Clarke, Chairman of Birmingham Airport. Visnakova commented on the opening of the new base by saying: “We are proud and excited to place Birmingham on our route map for 2018. With two transatlantic and four short-haul destinations we are opening our operations here and looking forward to further development of this Primera Air base. This is an important first step for us and significant development for Birmingham Airport and the region. With the technology that our brand new fleet offers expensive transatlantic travel becomes a thing of history.” 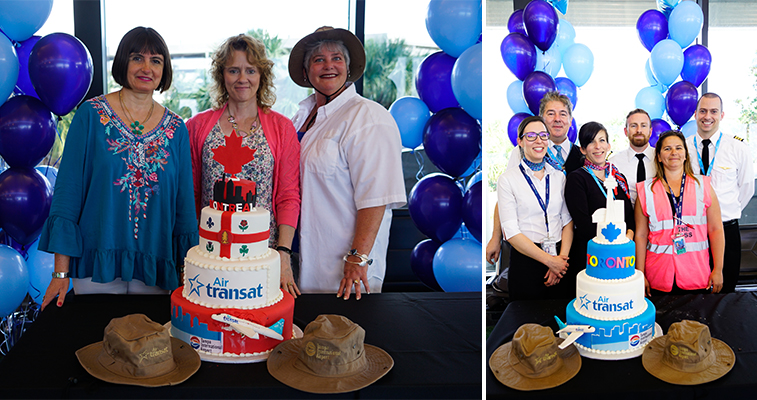 Tampa Airport was the newest airport to join Air Transat’s network on 18 February, with the airport celebrating the first outbound services to Montreal and Toronto Pearson on 25 February with these fantastic cakes. The Canadian lesiure operator will offer both routes weekly on its fleet of 737-700s and 737-800s. Posing with the cake made for the Montreal launch are the airport’s marketing team: Maria Cook, Events Manager; Trudy Brandvold, Administrative Assistant; and Debbie Stokes, Marketing Coordinator. Getting a photo with the Toronto cake are the flight crew. 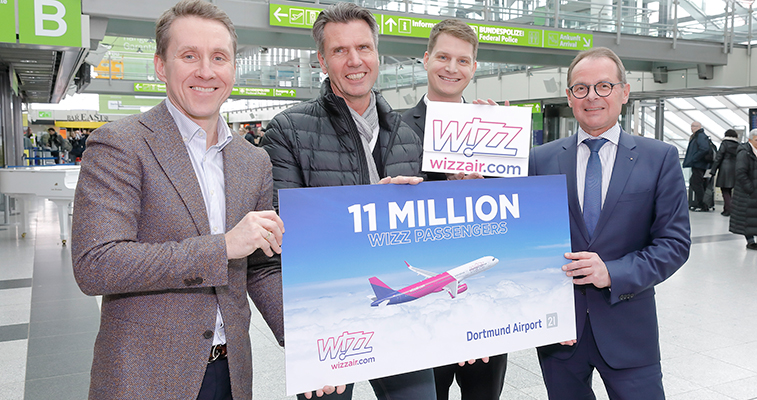 On 26 February, Wizz Air celebrated the milestone of carrying 11 million passengers from Dortmund. To toast the occasion, Gabor Vasarhelyi (second right) presented a travel voucher to a passenger on the way to Bucharest (second left) in the presence of the airport’s MD, Udo Mager (right), and Head of Marketing & Sales, Guido Miletic (left). Dortmund was one of the first locations that Wizz Air launched at the start of its operations in 2004. Since then, Wizz Air has been gradually expanding its network, and presently the carrier has 25 routes bookable from the airport. In 2017, some 1.25 million passengers used Wizz Air from Dortmund on routes to Central and Eastern Europe. 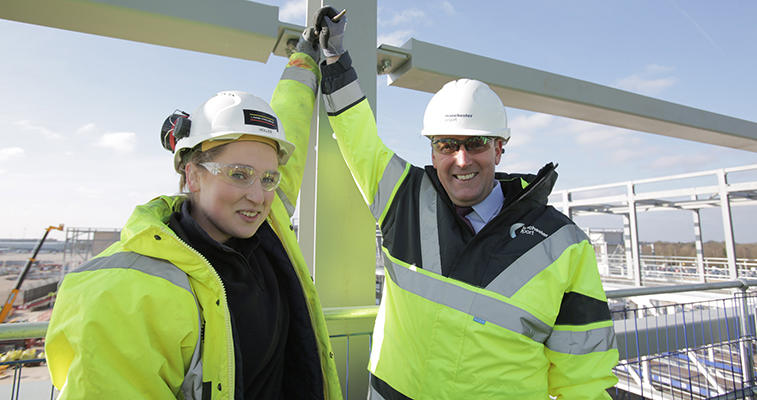 Manchester Airport this week celebrated the first six months of its £1 billion transformaton. Since work started in July, the steel works for one of the airport’s new piers has been completed, with work progressing on the terminal extension and new multi-storey car park. A 650-seat temporary gate lounge was completed in August. A new, bespoke pre-employment scheme has been created with the onsite Airport Academy and Laing O’Rourke. Over 150 apprenticeships are to be created or sustained throughout the project. Seen screwing the final bolt of the first of three piers for Terminal 2 are Apprentice Holleeann Walker and Manchester Airport CEO Andrew Cowan.