Was it Dubai? Or was it Doha? Nope, it was Abu Dhabi that has secured the first Arch of Triumph win from the three Middle Eastern mega hubs so far in 2018. The airport serving the UAE’s capital city is now a two-time winner of the global airport marketing competition, which means it has inched closer towards its big brother up the Sheikh Mohammed bin Rashid Al Maktoum Road in Dubai. The world’s busiest international airport has been a winner three times – in January and February 2016, as well as in October last year. Meanwhile, late to the party Doha has only provided the anna.aero judges with three FTWAs since the competition started in 2013, and all of these were received last year. Its best performance to date was a #2 place from four competing FTWAs, one of which was a second water arch from Doha. Keep Monitoring!! 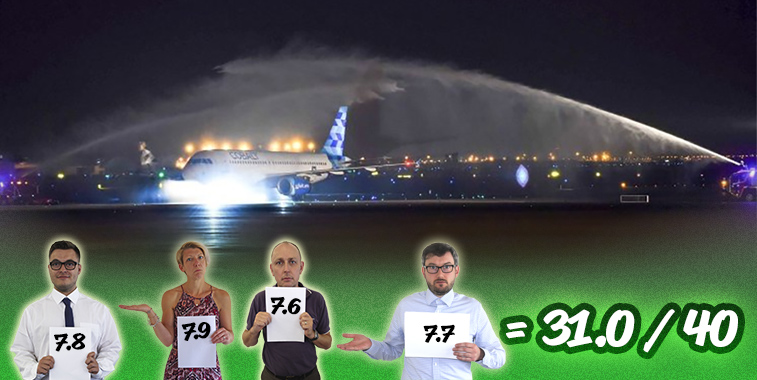 Judges’ comments: This is the seventh FTWA we have received from the UAE airport, but the first since July 2015. This is also Abu Dhabi’s first ‘proper’ Arch of Triumph victory, as although it did win in November 2014, in that particular week it was the only entry the anna.aero judges had to consider. So this week’s result will probably give the airport’s firefighters that little bit more pride…knowing it has beat three other airports this time… 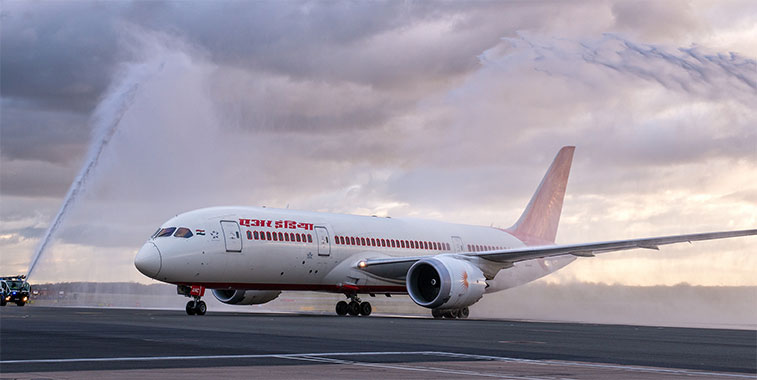 Judges’ comments: Having attended an Air India inaugural service at Birmingham…and seen the pictures from this launch…I know that this lacklustre FTWA will have been more than made up for by an in-terminal performance from King Gurcharan Mall and his Dhol Blasters. Noisier than Concorde taking off and more fun than a night out with Little Mix…these guys know how to launch a route!!

Is that water mist from the FTWA or a fog bank??

Judges’ comments: For all we know this could have been the best FTWA in the world…but presumably because of mist or fog in South Carolina earlier this week we can’t even clearly see the water jets from the two tenders. Yes they are there somewhere. Unless of course it was a cold day, the photographer was excited, breathing hard…and steamed up his lens?? Who knows the truth… 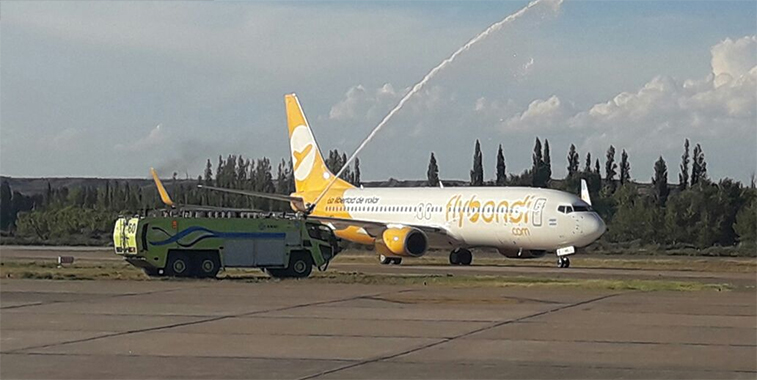 Where is the other tender? Hiding in the bushes?

Judges’ comments: As we always say when presented with a single-tender FTWA, the maximum that this Arch of Triumph can now score is 5.0 from each of the anna.aero judges. If Neuquen’s firefighters had provided two water jets…and we assume that therefore its score would have been effectively doubled…the airport would have secured a creditable second place in the week’s competition. It is also worth noting that this is now the fifth FTWA for Flybondi route launches that we have received…making it the most popular airline in the world for water arches so far…