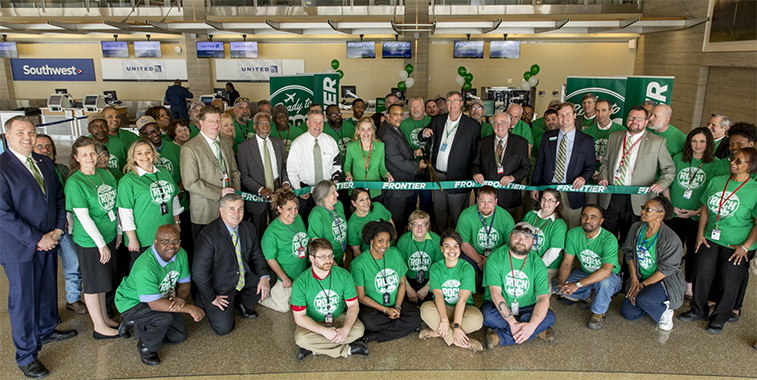 Frontier Airlines returned to Little Rock on 1 March, having last served the airport in October 2014 based on OAG schedules. The carrier inaugurated a three times weekly link from Denver, the same frequency that it operated last time from the Arkansas airport. Based on data from the Bureau of Transportation Statistics, Frontier transported 40,920 passengers in 2014 on the route, representing an average theoretical load factor that year of 86%.