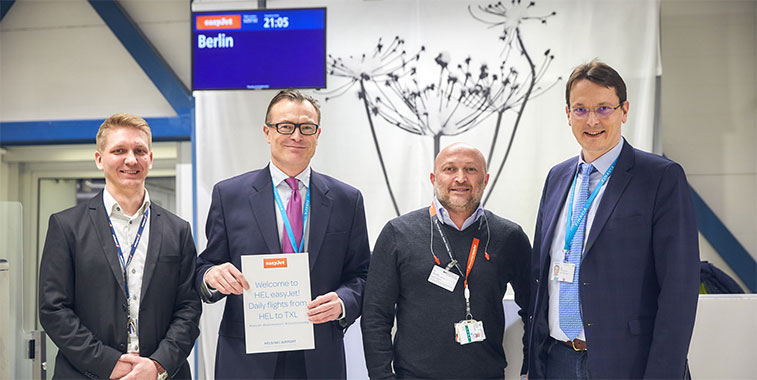 “We wish easyJet a warm welcome to the best airport in Northern Europe. According to Helsinki Airport’s passenger statistics, Berlin is one of the most popular destinations, and Germany at large is the most popular market for Helsinki Airport,” says Petri Vuori, VP, Head of Route development at Finavia, the Finnish airport operator. Helping Vuori (right) to mark the new route were: Timo Haikonen Head of Passenger Service Swissport; Mikko Komi Key Account and Business Development Finavia; and, Dody Grippa Ground Operations Manager easyJet. 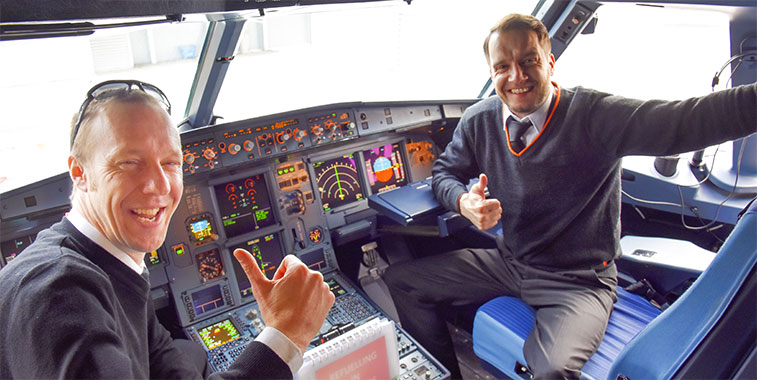 Also launching on 1 February, like the Helsinki route above, was another service to Scandinavia from Berlin Tegel, this time to Stockholm Arlanda. The double-daily route received the thumbs up from the inaugural flight’s crew. easyJet will face direct competition from SAS which operates between the two cities 12 times weekly. 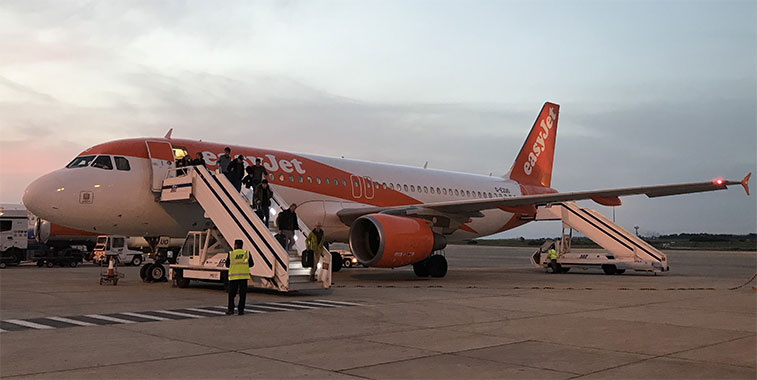 The first passengers are seen here disembarking in Cyprus from easyJet’s Berlin Tegel to Paphos service which commenced on 3 February. It is the LCC’s first route to the Mediterranean island from Tegel, however the airline does currently operate a twice-weekly service from Berlin Schönefeld to Larnaca.