Phoenix proudly presents its Cake of the Week prize 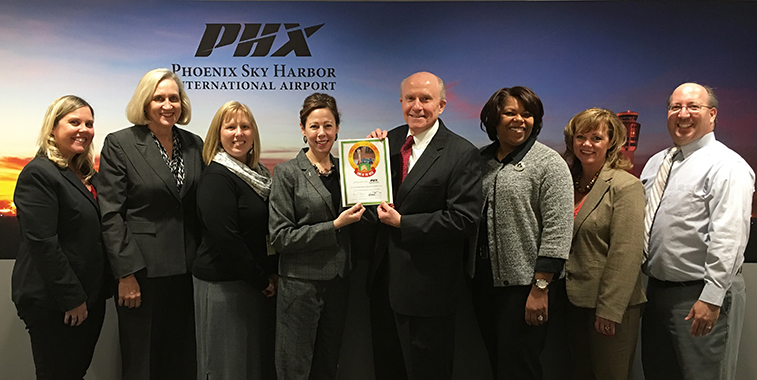 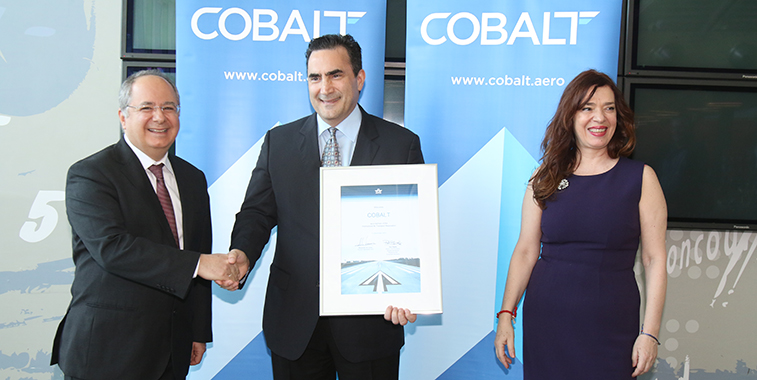 Cobalt officially became a member of IATA this week. Seen at the certificate handover ceremony in Larnaca to herald the membership are: George Mamalakis, IATA Country Manager, Greece and Cyprus, IATA; Andrew Madar, CEO, Cobalt; and Nicole Bousiotti, Head, Member & External Relations Europe, IATA. Madar commented on the news by saying: “The positive progress of Cobalt continues. We are proud to join the international aviation family of IATA members. This achievement is special because it has been attained just one year after our start of operations. It is a testament to the highly experienced team at Cobalt.” The airline recently launched flights to Abu Dhabi, with more routes starting in S18. 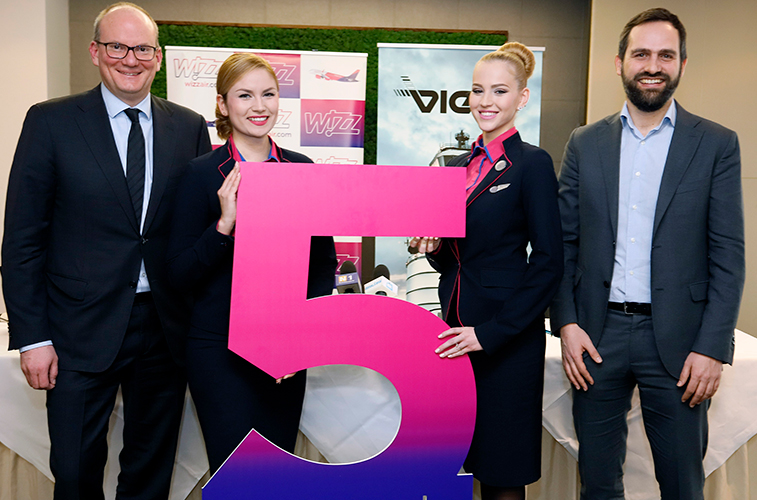 Wizz Air has announced that for W18/19 it will station a further two A321s in Vienna, adding to the already confirmed A320 and two A321s that the ULCC will place in the Austrian capital at its base opening in November, with these aircraft already poised to open 17 routes. Seen confirming the news along with two crew members are Julian Jäger, COO of Vienna Airport and George Michalopoulos, CCO of Wizz Air. With the extra two A321s, the carrier will add a further nine routes from Vienna to Catania, Kharkiv, Lisbon, Malmö, Madrid, Milan Malpensa, Nice, Reykjavik/Keflavik and Stockholm Skavsta. Overall for W18/19, Wizz Air will offer 26 routes from Vienna using five based units. 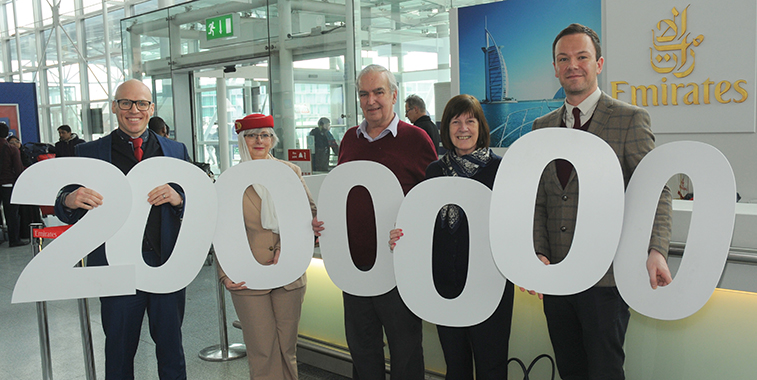 Emirates this week celebrated the milestone of passing two million passengers at Newcastle, a destination which joined its Dubai network in September 2007. Laurie Berryman, VP UK & Ireland, Emirates said: “We’re honoured to celebrate our two millionth passenger in Newcastle. It seems like just yesterday we were welcoming our first passengers arriving from Dubai to Newcastle on a glorious sunny day and hosting football legends Sir Bobby Robson and Alan Shearer at a gala dinner headlined by Chris Rea. We hope Raymond and Margaret Henderson (the two millionth passengers) enjoy a trip of a lifetime to Dubai.” The Hendersons were also rewarded with two return tickets to Dubai for being the passengers to allow the carrier to reach this milestone. Posing with them at check-in are Leon McQuaid,‎ Aviation Development Manager, Newcastle Airport (left) and David Steven, Senior Sales Executive, Emirates (right). 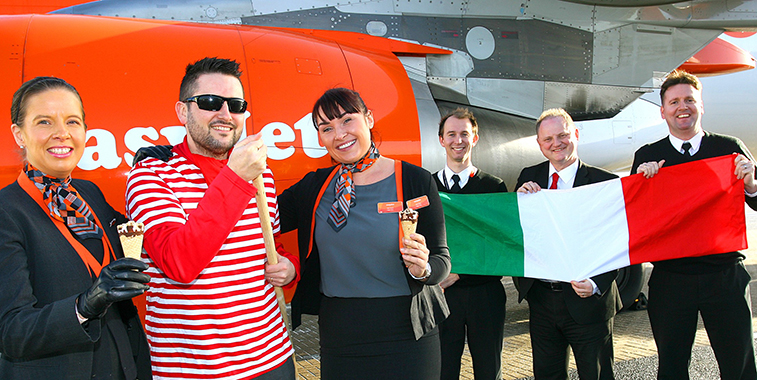 Later this summer easyJet is launching a route between Belfast International and Venice Marco Polo, and this week the Northern Ireland airport helped to promote the new service. The LCC will operate the 1,659-kilometre route twice-weekly (Mondays and Fridays) from 22 June, with it using A320s on the sector. Among those out in force to spread the word of easyJet’s latest route from its Belfast base was Uel Hoey, Business Development Director, Belfast International Airport (second-right). The summer seasonal route runs until 26 October. The fourth 787-9 to be delivered to Qantas was greeted with a water arch salute as it touched down in Alice Springs this week, with the aircraft wearing a special indigenous-themed livery. The livery showcases the artwork of the late Northern Territory artist and senior Anmatyerre woman, Emily Kame Kngwarreye. Based on her 1991 painting, Yam Dreaming, the design depicts the culturally significant yam plant, an important symbol in Emily’s dreaming stories and a staple food source in her home region of Utopia, 230 kilometres north-east of Alice Springs.