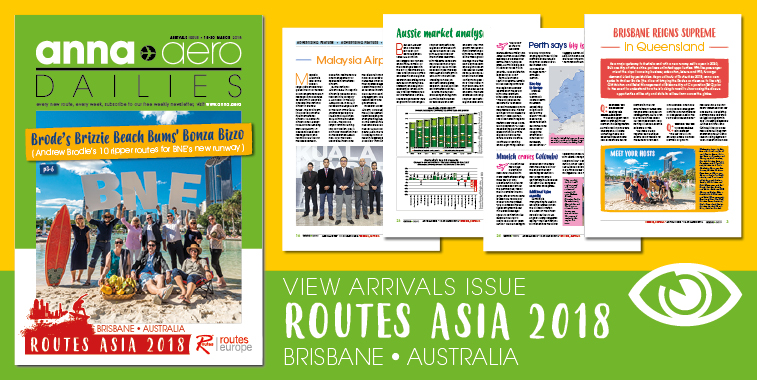 Not bouncing into Brisbane this week for the 16th Routes Asia?? Hosted by Brisbane Airport, Brisbane Marketing, Tourism & Events Queensland and Tourism Australia, anna.aero has produced its world-renowned Show Daily Arrivals magazine, including an interview with the Brisbane Airport team, a dash of our trademark analysis and all the pre-show news from some of the attending airports.

Last year it was sake and networking in Okinawa, this year its beer and networking in Brisbane. Strewth! After a couple of weeks break, their jet-lag overcome and dry cleaning done, our intrepid data elves are on the route development event trail again, primed and ready to attend the 16th Routes Asia conference. While at the show, which is hosted by Brisbane Airport, Brisbane Marketing, Tourism & Events Queensland and Tourism Australia, they will produce the anna.aero on-site printed Show Dailies. For those of you not flying down under this week to the Brisbane Convention & Exhibition Centre, you can catch-up on all our coverage of the tours, networking events and show news right here! 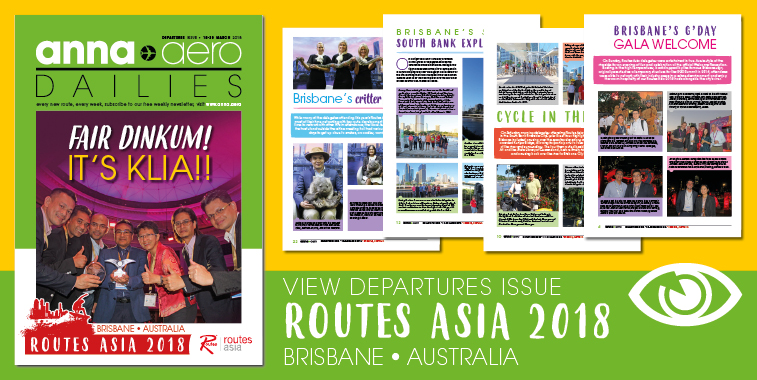 Crikey!! Its the Routes Asia Departures magazine featuring all the event gossip from down under in Brisbane. Find out the winners of the Asian heat of the Routes Marketing Awards, coverage of the city tours and strategy summit, and of course all the news from the show floor, especially about delegates cuddling wombats!!