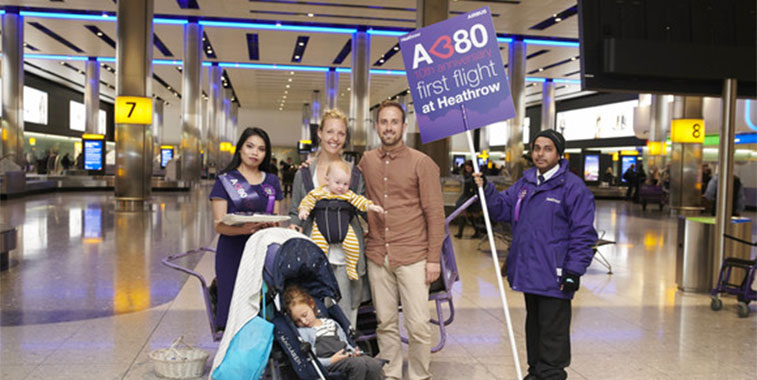 London Heathrow and Airbus celebrated the 10th anniversary of A380 operations at the airport, which began on 18 March 2008 with the arrival of the first A380 – a Singapore Airlines flight SQ308 from Singapore Changi, making the UK facility one of the first to welcome Airbus’ iconic double decker. Heathrow is now the world’s busiest A380 airport by number of A380 operators. Simon Eastburn, Director of Airline Business Development at Heathrow said: “It’s been fantastic to see nine of our airlines welcome the A380 over the past decade. Ten years from its first flight, this pioneering aircraft has helped us reduce noise and improve efficiency whilst supporting continued passenger demand for long-haul routes. This is one of the most popular aircraft for many passengers so we look forward to celebrating this milestone with them.” To celebrate the 10th anniversary, Airbus and Heathrow will surprise passengers landing at the airport on selected A380 flights from 18 to 28 March with A380 goodies. 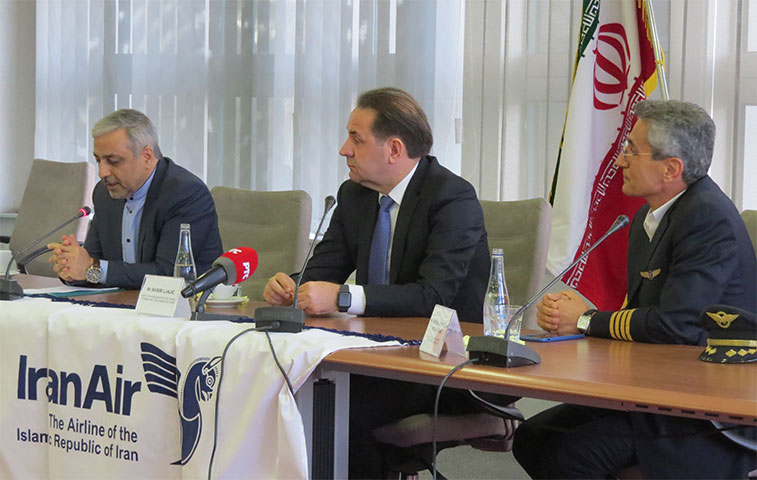 Belgrade Airport welcomed the arrival of Iran Air’s twice-weekly (Tuesdays and Saturdays) A320 service from Tehran Imam Khomeini Airport, a city pair which started on 10 March. A press conference was held on 13 March celebrating the launch, speaking at the event were: Hossein Molla Abdollahi, Ambassador of the Islamic Republic of Iran in the Republic of Serbia; Rasim Ljajić, Deputy PM of the Republic of Serbia and Minister for Trade, Tourism and Telecommunications; and Captain Abbas Ahmadian Moghaddam, Iran Air Deputy Manager Department Operations.