Hainan Airlines heads for Europe and Mexico at start of S18 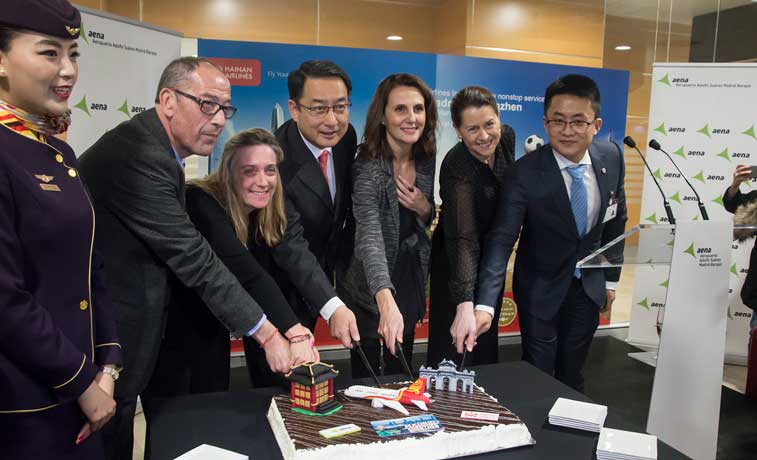 Among those celebrating the arrival of Hainan Airlines’ first service from Shenzhen at Madrid Airport, with a specially-baked cake on 22 March, were Lyu Fan, the Ambassador of China in Spain (centre), and Elena Mayoral, Director Madrid Airport (second from right). The Chinese carrier will operate this 10,466-kilometre sector twice-weekly and faces no direct competition. This route becomes the ninth Asian destination served from Madrid. There was also an event at Beijing to mark Hainan Airlines’ first links to Mexico, with the celebrations including the obligatory route launch cake. Three times weekly services to Mexcio City and Tijuana commenced on 21 March with the Mexican capital served indirectly via the latter airport. Hainan Airlines faces no direct competition on either route.