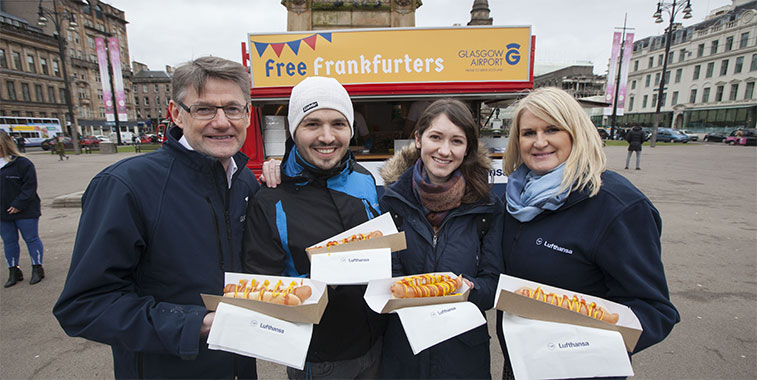 Glasgow Airport’s Business Development Manager Paul White (left) and Lufthansa’s Marketing Manager Julee Myers (right), as well as Harald Berger and Daniela Hertel from Frankfurt who were in Glasgow on holiday, helped to launch the Star Alliance carrier’s new daily flight from Frankfurt to the Scottish city. The airport and airline gave away 800 frankfurter sausages in George Square, Glasgow to promote the new route.