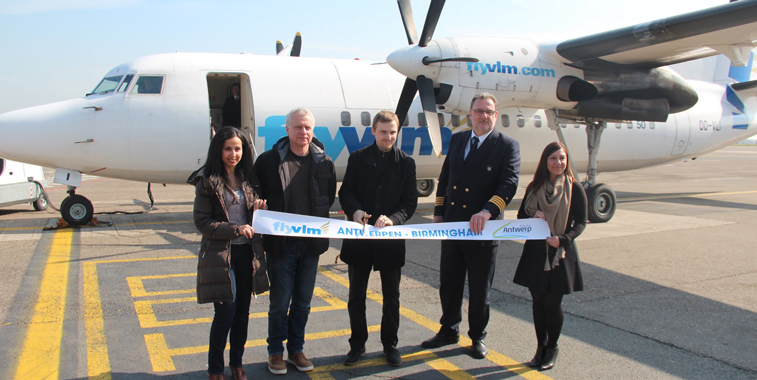 A ribbon cutting ceremony was held at Antwerp Airport to officially open VLM Airlines’ new weekday service between the Belgian city and Birmingham. Taking change of the cutting is Konstantijn Huys, Commercial Director of VLM Airlines (centre). Birmingham becomes the carrier’s second destination in the UK after London City. 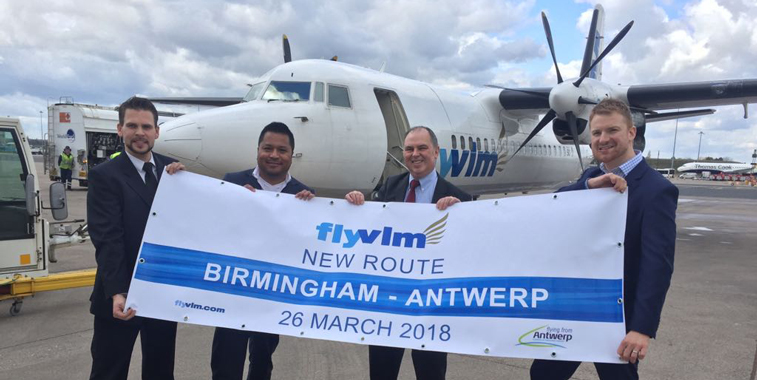